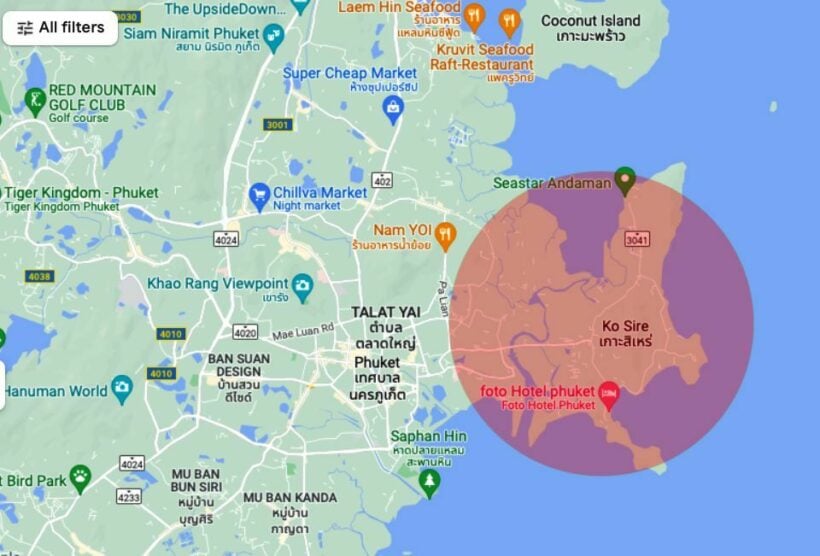 A Phuket hotel employee has confessed this morning to spying on a hotel guest last night while she was showering. Phuket police have already released the man, Noppadon, even though he admitted his crime and had been charged by police.

The guest, Tong, posted on Facebook last night about the man, saying she spotted him staring at her through the hotel’s balcony blinds. Tong said Noppadon had stood there “helping himself”.

Tong said after Noppadon realised she could see him, he quickly disappeared. Tong and her companion reported the incident to the hotel’s reception. She complained that it took 10 to 15 minutes for a night shift manager to arrive. She said when the manager came, he told her to go back to bed and that he would deal with the issue in the morning. She then saw Noppadon in the lobby and yelled, “That’s him!” The woman then reported the incident to Phuket City Police.

The police brought Noppadon in for questioning at Phuket City Police Station last night. They charged him for sexual indecency and trespassing for purposes of illegal activity. Still, Noppadon has now been “temporarily released” according to a major general from the station. In the police’s official statement, he urged people to make sure their shower curtains were closed and the doors to their room were locked, whenever they were undressed for any reason.

The hotel where the woman was staying has not been named, but is reportedly located in Koh Sirae, east of Phuket town. Tong said the luxury villa costs tens of thousands of baht a night. Her Facebook post about the incident was reportedly shared 800 times before it was removed.

Another sexual crime happened in Phuket last month when a man allegedly posted photos of teenage girls in underwear on an unnamed “popular Phuket Facebook page”. The girls allegedly ranged from their early to mid teens.

DoUKnowWhoIAm
5 minutes ago, WilliamG said: There's only ONE L in hotel. LOL jawhoLL herr spellingfurir!
Rookiescot
42 minutes ago, Thaiger said: “helping himself” What? There was a free buffet laid on as well?
JMJM
He was a peeping Tom, not a murderer. What does she think should be done to the guy, drawing and quartering?

Noble_Design
3 minutes ago, JMJM said: He was a peeping Tom, not a murderer. What does she think should be done to the guy, drawing and quartering? She wants to do this to him:
Alavan
6 hours ago, DoUKnowWhoIAm said: Put up warning posters at every hotell, that'll reassure hotell guests🙄 No privacy in your own room. But that is OK for the police