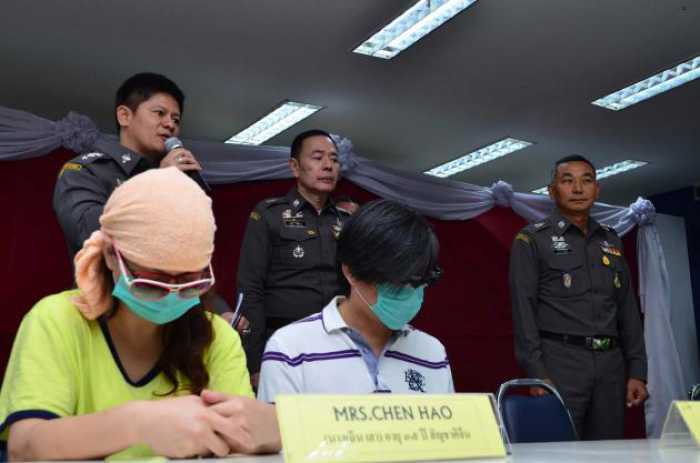 PHUKET: Two Chinese suspects have been arrested in Thailand on suspicion that they have taken more than Bt4 billion from victims through frauds.

The Immigration Bureau has tracked down Lu Wei, 47, and Chen Hao, 35, in response to arrest warrants issued by a Chinese court.

“We nabbed them at a hotel in Bangkok’s Huai Khwang area,” Pol Colonel Tikamporn Srisang of the Immigration Bureau said at a press conference yesterday.

He said the two suspects had allegedly operated a pyramid fund and taken money from more than 80,000 victims.

“Our investigation suggests that they were preparing to lure more victims,” Tikamporn said.

The Immigration Bureau also announced the arrests of a 50-year-old man from Columbia and his alleged Guatemalan accomplice, 31, for illegally staying in Thailand.

Both were arrested for trying to steal a diamond-studded necklace worth over Bt3 million from a jewellery shop in Bangkok four years ago.

Officials believe these two suspects might have plotted another theft, as they sneaked back to Thailand after being deported.

“Please call our hotline 1178 to provide tips-off,” he said.