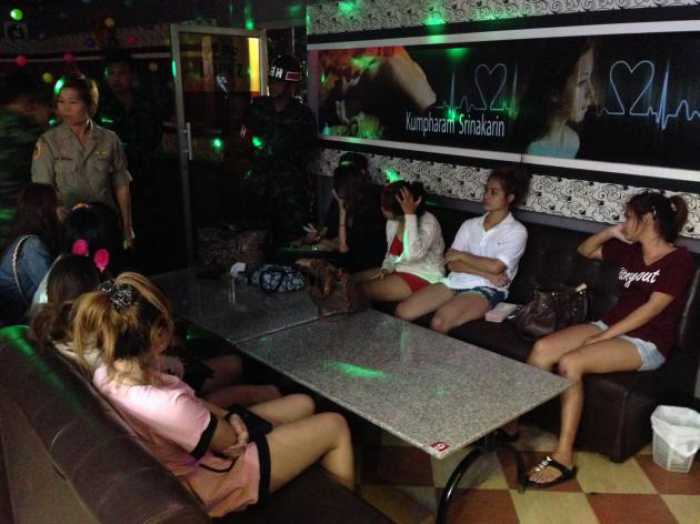 PHUKET: Chief of Prawet police station in Bangkok and two senior officers have been transferred to inactive posts following a raid by soldiers on a local pub, where prostitution of underage migrants and the sale of narcotics was allegedly uncovered.

Another 23 officers, either local superiors and precinct staff, are also facing disciplinary action, according to a written instruction ordering an immediate probe into the alleged wrongdoing.

The document also calls for an investigation team to indicate any connection these officers may have had with other officers who allowed the Rider Resort to operate in return for a bribe.

A team of soldiers raided the resort and Khum Phra Ram massage parlour on Saturday night and found a number of female migrant minors working there as prostitutes. Eight people present at the premises were arrested and charged with human trafficking, narcotics-related offences and violating immigration laws.

The initial investigation will be completed in the next 30 days.

The owner of Rider Resort, Sophon Salakkham, and his wife arranged a press conference yesterday to deny that they had paid bribes to police. Sophon said he owned the land used by the massage parlour but did not know about activities conducted there by a renter – former actor Methee Amornwutthikul.

Sophon claimed a number of customers may not have left Rider Resort on Saturday, when a special Halloween event was organised after a legal deadline at 2am – but said he had already paid a fine for that offence.

PM vows to allocate land to the poor