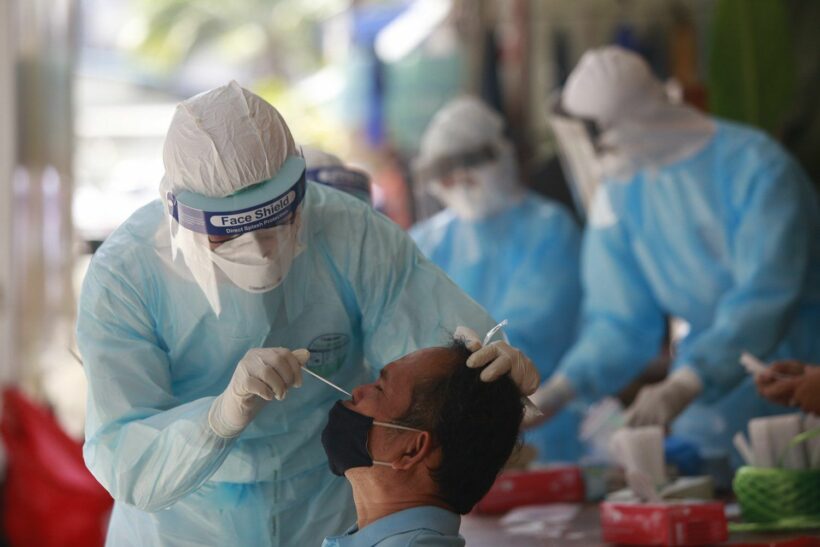 Britons arriving in Thailand from England, have reportedly tested positive for the Covid-19 variant that was first identified in the UK. The family of 4 arrived from Kent, in southeast England, and are currently under quarantine at a private hospital after receiving the positive test results.

Dr. Yong Pooworavan, chief of the Virology Centre of the Faculty of Medicine at Chulalongkorn University said today in a Facebook post that the UK strain, called B.1.1.7., is 70% more transmissible than the other virus variants, which has seen several countries suspending flights from the UK over fears of fast transmissions.

Yong, however, says there is no need to panic as the particular strain does not cause severe symptoms and does not reduce the efficacy of the current vaccines for Covid-19. He further stated that the hospital in which the family is quarantined, is under special precautions to make sure the virus does not “leak out” of the facilities.

According to the World Health Organisation, the virus was first detected in the UK on September 21, and then spread across the nation by November, making it one of the most common virus variants in England. Now, more than 50% of positive virus results that were documented from October to December, are that of the new variant.

According to some scientists, the new variant may have been born out of an immunocompromised person after mutating.

Meanwhile, the Thai Retailers and Thai Shopping Centre Association has issued a statement that says they will cooperate fully with government orders for shopping malls to close at 9pm in an effort to curb the spread of the virus. They also have agreed to step up their safety and preventative measures for the public.

So far, the 3 provinces of Rayong, Chon Buri and Chanthaburi have been forced to lockdown for 28 days after the 2nd wave of Covid hit those areas hard.