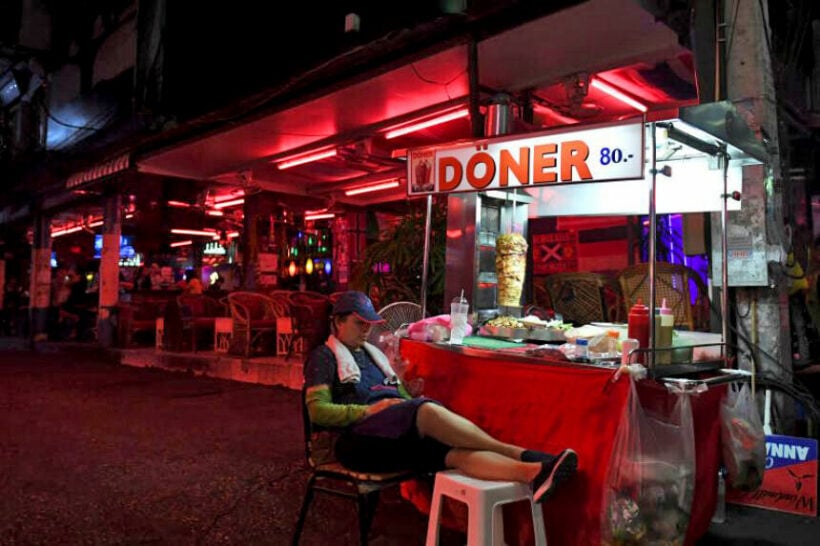 PHOTO: A return to April's checkpoints is on the cards - The Pattaya News

Rayong, Chanthaburi and Chon Buri (that includes Pattaya), could be facing a full lockdown as soon as tomorrow if a recommendation from the Ministry of Public Health is approved by the Centre for Covid-19 Situation Administration. The outbreak of new infections are almost entirely linked to illegal gambling dens, mostly in Rayong.

Thailand’s Deputy Health Minister says the measure “is necessary” because the people considered “at risk” are concealing their involvement in activities and others are refusing to report to health officials for screening. Although the government has said they won’t prosecute people over the illegal gambling, the promise hasn’t convinced the patrons of the gambling dens to come forward.

It’s proposed the more restrictive lockdown would run for 4 weeks in an effort to stop the flow of infected people in and out of the provinces.

The Minister claimed that 99% of the hundreds of Covid-19 cases emerging over the past week in the 3 provinces all are linked to illegal casinos in Rayong and Chanthaburi, saying that the gablers were lying to government contact tracers and failing to disclose their true movements out of fear of being prosecuted.

He said this had “crippled” the contact-tracing efforts and exacerbated the spread of Covid-19 across the provinces east of Bangkok, as well as other areas of Thailand.

“If the plan is approved, police or the army will block highways at the borders of each of the three provinces while local police would restrict access on surface streets.”

As part of the efforts, checkpoint police will block all travel, in and out of the 3 provinces, who didn’t have “urgent business” or their travel approved by the provincial government or CCSA. The checkpoints would be set up along roads linking the 3 affected provinces to Bangkok and other regions, including the Burapha Withi Expressway and a highway through Prachin Buri. Officials would also have checkpoints at all entry and exit points at the borders of the provinces.

Rayong and then Chonburi’s Banglamung District, including Pattaya, were the first to implement strict business shutdowns following the outbreak that kicked off in Rayong’s illegal gambling dens.

The Minister’s proposal, as go now, is just that, but is likely to spark panic and some exodus of people out of the Eastern provinces as they return to their homes, potentially spreading the virus further.

If approved, the measures will likely be introduced at the conclusion of the New Year long weekend. The announcement didn’t mention if the U-Tapao Airport would also be closed or not.

The proposed additional restrictions on travel in and out of the 3 provinces has NOT been enacted at this stage.

Pattaya, surviving on some weekend traffic and the extra long weekends the Thai government has added, will be challenged further by a 28 day lockdown. Restrictions are already place in Banglamung and Pattaya. There is currently no curfew in place.