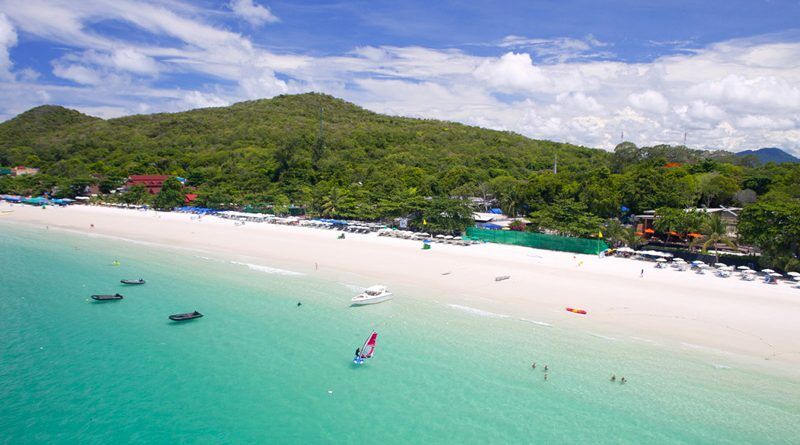 Pattaya police are investigating an incident in which an unidentified man’s body was found hanging from a tree in the Koh Larn forest. They say the body could be that of a foreigner, as they await autopsy results.

The body was discovered by a hiker last night at sundown, who called the police at 7pm to investigate.  After taking speedboats to get to the island, police say the body was hanging from a necktie in a ravine from a tree that was halfway up a hill towards the Pho Thong Shrine.

The hiker was a local resident who says he traced the foul smell to the hanging body. Police say no identification was found on the body and are waiting for autopsy results to determine if the man’s death was from suicide or if foul play was involved.

Rescue workers say the body was believed to have been deceased for over a week due to its apparent state of decay.

3 eastern provinces being considered for full travel restrictions, including Pattaya