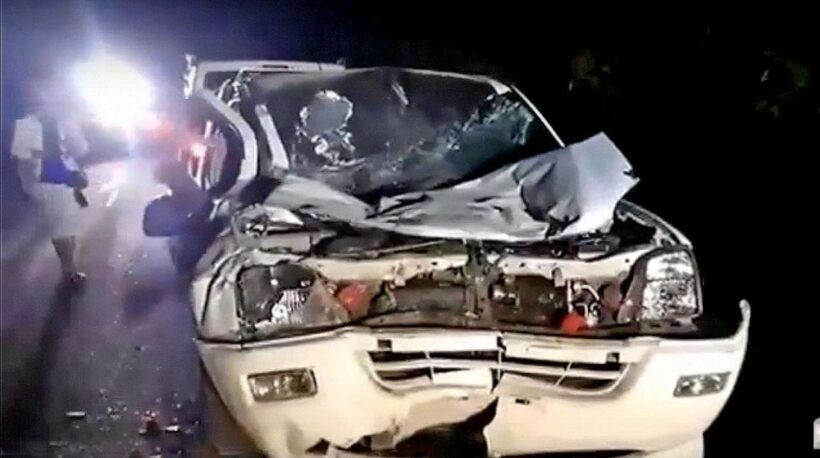 A Bangkok driver has been killed after his pickup truck appears to have hit a wild elephant on an unlit road in Nakhon Ratchasima’s Pak Chong district. The driver has been identified as 58 year old Nakharin Boonchai.

Officials believe the pickup hit a large elephant as the road was dark and the driver could not see the large mammal.

His badly-damaged pickup was found on the road in Ban Kud Kla Phan Suek in Tambon Moo Si. Rescuers had to use hydraulic iron cutters to extract his body from the wreckage.

The chief of the Khaoyai National Park, who inspected the scene with police and emergency responders, noticed footsteps of a large elephant at the seven of the accident, which indicated that the elephant walked back into the forest.

The Chief said wild elephants often roamed in the area, called Chao Duan. Park officials say they will try to locate the elephant which is probably injured.

The road is often crossed by wild elephants at that point because it divides Khaoyai National Park and a corn plantation. Early this month, a pickup truck driver was injured when his vehicle hit a wild elephant at the same location.