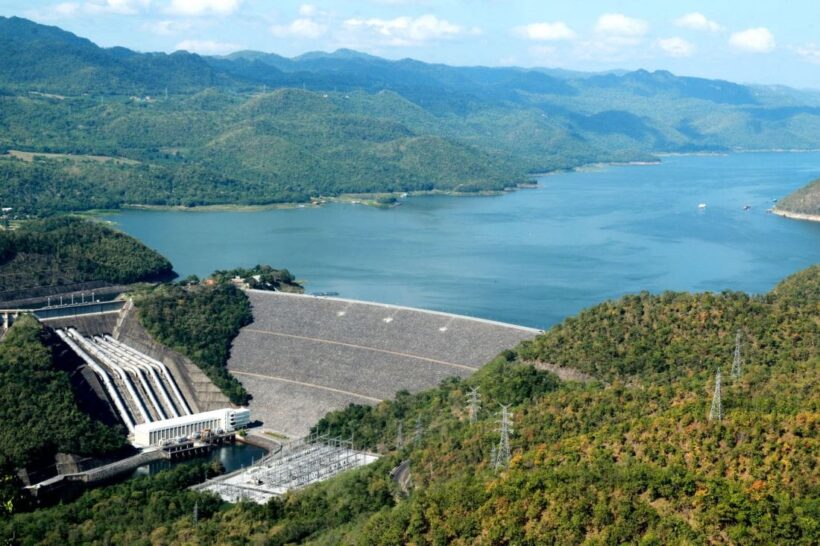 The Royal Irrigation Department says there be enough water for domestic consumption this dry season. But they acknowledge that water reserves in many dams around the country are running low.

The RID director-general, Thongplew Kongjun, is assuring the public that the country will have enough water for domestic consumption and businesses during this dry season. But he says farmers in some parts of the country cannot plant a dry-season crop, due to insufficient water for irrigation.

He cited two particular dams – the Mae Mok Dam in Sukhothai at 28 per cent capacity and the Ubonrat Dam in Khon Kaen at 10% capacity.

“Farmers in the irrigation zone of these dams will not have water for farming but there was enough water to supply households.”

“We are certain that there were be enough water for consumption for the rest of this dry season until the rains come in May,” he said.

“Nevertheless, we encourage people to use water wisely, while we also encourage farmers to grow crops that consume less water such as maize instead of rice.”

Given the low level of water available, the RID has released water-management procedures, saying dams that are less than 60 per cent full should be very careful about discharging water so as to avoid the risk of drought. Dams in the Northeast, which regularly suffers drought, should be particularly careful. 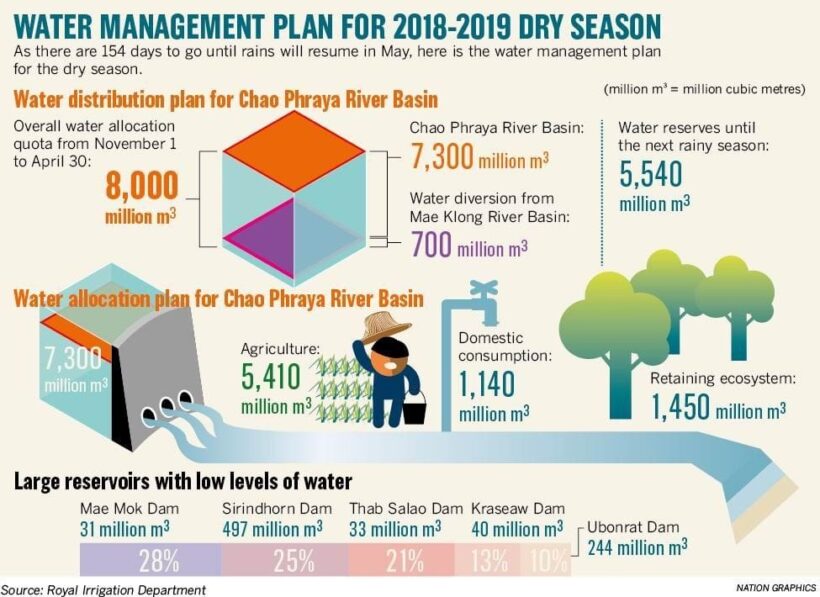