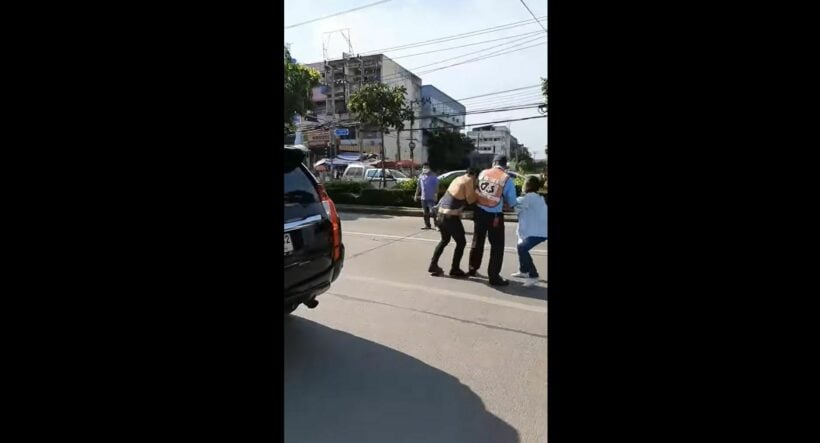 A man in Bangkok has been detained by police after allegedly assaulting a female Grab driver and then driving off. A video of the incident shows the man carrying a gun.

Sethawut reportedly struck Grab driver Surang Sinkaew. It’s unclear what led up to the incident. A security guard intervened and a bystander filmed the altercation. The driver held on to Sethawut’s shirt as he attempted to leave the scene. His shirt was pulled off and he left shirtless.

Surang was left bloodied from the assault. She reportedly had a head wound. Blood was also visible on her shoulder. A warrant was then issued for Sethawut’s arrest.

King Cotton
16 minutes ago, Benroon said: What video footage ? In this Asean Now clip, vaguely linked at the foot of the report that you'd have thought Jack Arthur would have included in his coverage. More than a little unpleasant though…

Benroon
??Maybe we have different gore thresholds but I still didn't see anything apart from someone get their shirt pulled off in the full 4 minutes ?
9S_
13 minutes ago, King Cotton said: In this Asean Now clip, vaguely linked at the foot of the report that you'd have thought Jack Arthur would have included in his coverage. More than a little unpleasant though so be prepared…
HolyCowCm
This was in Thai news last night. Maybe could have gotten the clip from a Thai site.  It is always amazing that we really need to think that too many Thai carry guns. And Thai men drivers have a big hot firecracker temper.…