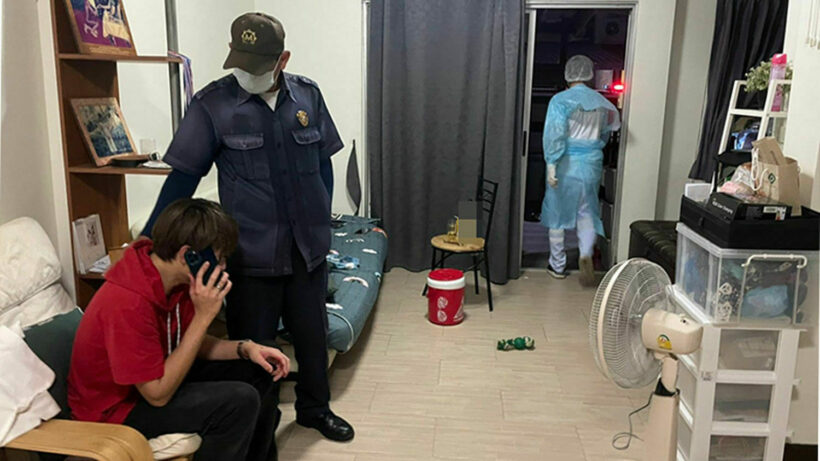 Recently, the Thaiger reported how a popular Thai actor, Thanapat “Toy Toy” Thanachakulphisan, had accidentally stabbed his girlfriend to death after they struggled over a knife. It is now being reported that Thanapat is still under arrest.

While his “arrest” may not seem much of an advancement in the story, previously, it was not clear if Thanapat was just being questioned by the police or if he had been arrested and charged with anything. Despite photos showing the actor in handcuffs…

Further adding to the mercurial nature of the story, The Pattaya News is reporting that a knife/possible murder weapon was found on the floor at Thanapat’s side when the police arrived when it was reported earlier that when police arrived, he was holding the knife.

Early this morning, an actor from a popular Thai TV show that’s title translates to “It’s because of love, isn’t it?”, has been taken in by police in connection with the death of his girlfriend. 21-year-old Thanapat “Toy Toy” Thanachakulphisan was waiting for police at “a house” in Bangkok following his girlfriend’s death.

Thai media says police were alerted to 25 year old Chatsaran Suwannakit’s death around 1:30 am this morning. It was not immediately clear who notified the police. When police and other officials got to the scene, they discovered Chatsaran’s mutilated body in a bedroom. Bangkok Post says the woman’s body had over 20 stab wounds to her “chest and body”, but most of the injuries were “minor”.

Police characterised Thanapat’s behaviour when they got to the scene as “panicky”. They also say they found a blood stained knife “in the house”, according to the Bangkok Post.

When police questioned Thanapat, he reportedly said that they, his girlfriend and himself, were drinking beer on the first floor of “the house” until 10 pm last night. Then, the couple went to a second floor bedroom and argued about Thanapat’s job. Thanapat says his girlfriend instructed him to collect his stuff and get out of the house. Thanapat adds that throughout his packing, Chatsaran persisted in “nagging” him.

However, at a certain point, Chatsaran left the bedroom, went into the kitchen, and returned with a knife. Thanapat says he feared his girlfriend would hurt herself… So, he tried to wrestle the knife away from her. Then, in the course of struggling for the knife, Chatsaran “was stabbed”… Over 20 times.

However, according to The Nation Thailand, Thanapat admits he was the one that stabbed her in the “struggle”. Neither source says why Thanapat didn’t call the police instead of trying to take the knife from his girlfriend. The Nation also says when police arrived at the house, Thanapat was still holding the bloody knife.

Police say they are dubious that Thanapat has provided “all the facts” and plan to interrogate him longer… And then press charges, again, says the Bangkok Post.

Chatsaran has been taken to the Police General Hospital for an autopsy.

Both Thai media sources say Chatsaran had previously posted pictures on her Facebook displaying facial injuries. Chatsaran blamed her injuries on “physical assaults” by loved ones, past and present. She also wrote that she was depressed and diagnosed as bipolar 2 years prior.

gummy
16 minutes ago, Thaiger said: Recently, the Thaiger reported how a popular Thai actor, Thanapat “Toy Toy” Thanachakulphisan, had accidentally stabbed his girlfriend to death after they struggled over a knife. It is now being reported that Thanapat is still… 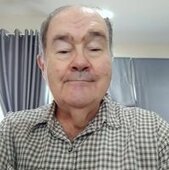 Bill2054
Twenty stab wounds does not seem to jive with an "accidental" stabbing or trying to prevent self injury.
Aussieroaming
And the nutter wants bail? I would bail him into the direct care of the girl's father and let dad deal with the broken toy.

dmacarelli
Hopefully, "the Scotland Yard" types will finally determine that 20 stabs is unlikely to be an accident. It will take alot of forensic evidence, possible video footage, and a confession to discover this. But, in the end the genius minds…

Favipiravir AKA Avigan to be used for all Covid patients, despite paltry scientific merit