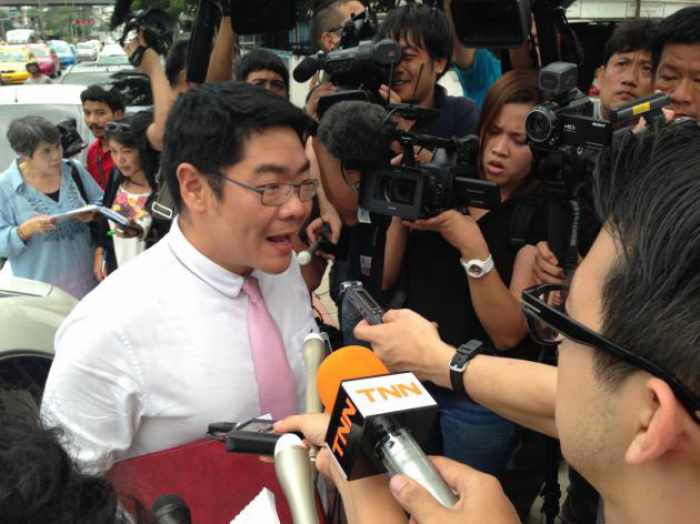 PHUKET: Police yesterday raided and suspended obstetrics and gynaecology services at a Lat Phrao clinic for 60 days pending investigation into reports that it provided surrogacy.
The clinic allegedly provided services to 1,000 Thai and foreign customers over the past four years.

Boonreung Trireungwarawat, director-general of the Health Support Department, who led officials to inspect the Lat Phrao clinic, said three charges would be filed against the owner this week – operating a medical facility without proper documentation, neglecting to supervise medical personnel at the clinic to abide by medical professional regulations, and doctors there to violate Medical Council regulations.

Meanwhile Mitsutoki Shigeta, the Japanese man believed to have fathered at least 16 babies via Thai surrogate mothers, said he wanted as many children as possible to “help take care of his business and heritage”, a source said.

He had his lawyer submit his DNA and documents to police to prove that he fathered nine babies found in a Lat Phrao condominium.

A police source said their investigation found 15 of the 16 children that Shigeta allegedly fathered were born since December 2012. Ten of them were twins and one was still being carried by the surrogate mother.

Saying Shigeta didn’t come to Thailand as news had reported, his lawyer Kong Suriyamonthon said he took the DNA samples, confirmed to be Shigeta’s by Japanese authorities, to police, as Shigeta wanted to prove paternity.

“The reason Shigeta wants to have many children was provided in the letter, but I cannot reveal the details,” he told journalists.

The Yomiuri newspaper last Friday quoted Mariam Kukunashvili, co-founder of the Georgia-based New Life Global Network, as saying the network introduced two Thai surrogate mothers to Shigeta last year. But after the man told the network’s staff about his desire to have 10 babies a year, they felt something was amiss and alerted authorities to investigate.

Dr Pisit Tantiwattanakul, director of All IVF clinic, was expected to hear the charges including operating a medical facility without proper documentation and neglecting to supervise medical personnel at the clinic to abide by medical professional regulations – against him before Friday noon.

Failure to appear would lead to a second summons and then an arrest warrant, said Pol Colonel Decha Phronmsuwan, a senior investigator at Lumpini Police Station.