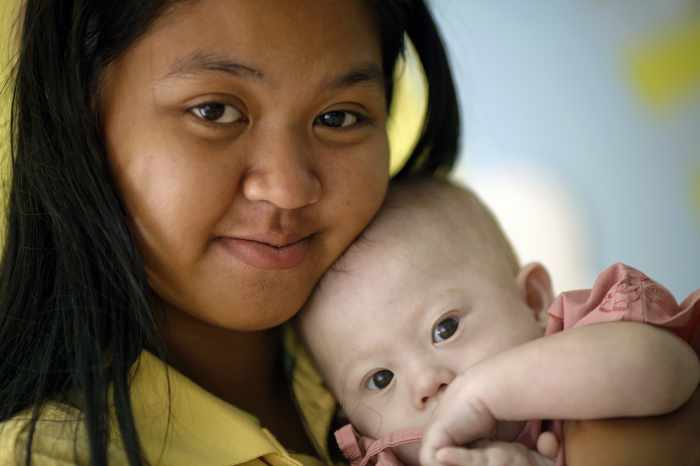 PHUKET: Australian authorities said Thursday they had finally contacted a man exposed as a convicted paedophile at the centre of a Thai surrogate baby scandal, as his son defended him as a changed man.

Child protection officials had been trying to contact the man and his wife since Tuesday but visits to their home in Bunbury, south of Perth, went unanswered.

The man, 56, sparked global controversy for apparently abandoning his Down’s syndrome baby boy, Gammy, in Thailand and taking only his healthy twin sister back home, although he and his wife dispute the circumstances.

It subsequently emerged that he was convicted in the 1990s on 22 child sex abuse charges involving girls as young as seven, state broadcaster ABC reported.

An investigation was launched this week into the safety and welfare of the twin sister but authorities were unable to find the family.

But Western Australia Child Protection Minister Helen Morton said her department had now made phone contact with the biological parents, who cannot be named for legal reasons.

“This family needs the opportunity to have the considerations around the safety and well-being of that child undertaken in a really private, comfortable environment for them,” she told Fairfax Radio.

Morton gave no details about the nature of the discussion or the welfare of the baby girl and said no further comment would be made while an investigation was underway.

“We think that the family deserves the opportunity for privacy and confidentiality,” she said.

The Thai surrogate mother, Pattaramon Chanbua, has said she was shocked to hear of the child sex convictions and was willing to take back the twin sister – aged seven months – if the allegations were true.

The biological father has three adult children and one of them said he was a changed man since spending time in jail for the sex convictions.

“I can tell you how good of a father my dad was towards us. He’s amazing. He’s brought the best out of all of us kids,” the son, who did not want to be named, told Fairfax Media.

“He’s just got a massive heart. He’s made mistakes, we’ve accepted it… He’s made up for them.

“For everything to be brought back up is pretty heartbreaking to be honest.”

Pattaramon, 21, has said she agreed to carry another Thai donor’s egg fertilised by the Australian man in exchange for around US$14,900.

An agency, which she refuses to name for legal reasons, acted as the go-between.

She claims the agency told her the parents wanted her to have an abortion – which is illegal in Thailand – once medical tests revealed the boy had Down’s syndrome, but she refused.

The Australian couple have disputed her version, claiming they were told Gammy had a congenital heart condition but not Down’s syndrome, and left him in Thailand because doctors said he would not survive more than a day or so.

Fear of surrogacy being misused for stem cells