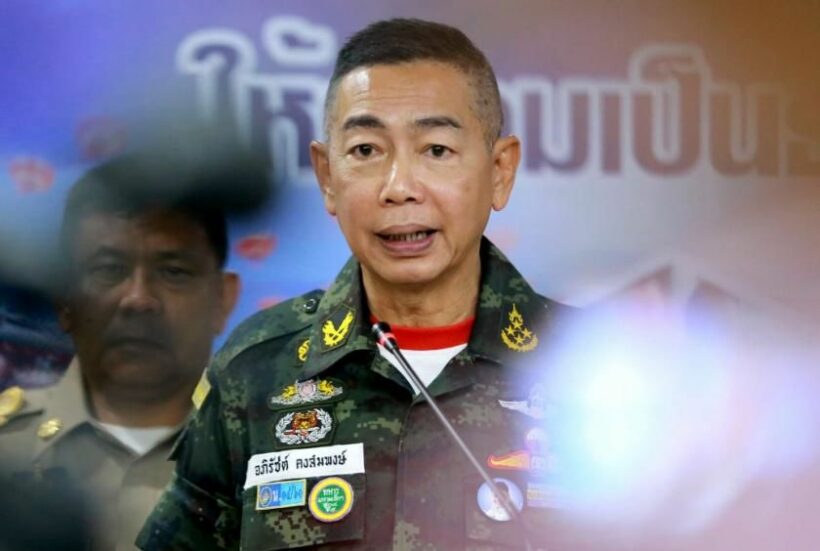 In rare support for the man who has been campaigning against the Thai Army’s grip on the Nation’s affairs, the Thai Army Commander-in-Chief has come out in defence of Future Forward leader Thanathorn Juangroongruangkit, following false allegations that he used a fake document to avoid military conscription.

Thai PBS World reports that General Apirat Kongsompong confirms Thanathorn did in fact go through the conscription process, but in the end was not called up as the quota of volunteers had been filled.

Thanathorn and the Army Chief have traded online barbs, through the media, about their polar opposite approaches to the Army, its politics and conscription in the Kingdom.

He’s speaking out amid rumours on social media that Thanathorn used a forged Sor Dor 9 document to get out of conscription. A Sor Dor 9 is a Thai military document issued to males aged 17-19. The Army chief says the online claims are untrue and asks the media and netizens to be careful about spreading fake news.

Meanwhile, in a response posted on Facebook, Thanathorn says he went to the Prawet district office as part of the conscription process but was not enlisted due to there being sufficient volunteer numbers. He was issued a Sor Dog 43 document, which confirms he was listed as an army reservist.

But Thanathorn didn’t leave the matter there and took the opportunity to accuse some senior army officials of using conscription to their advantage, saying this would explain their unwillingness to get rid of the system. Read an earlier story about the abolition of conscription in Thailand HERE.