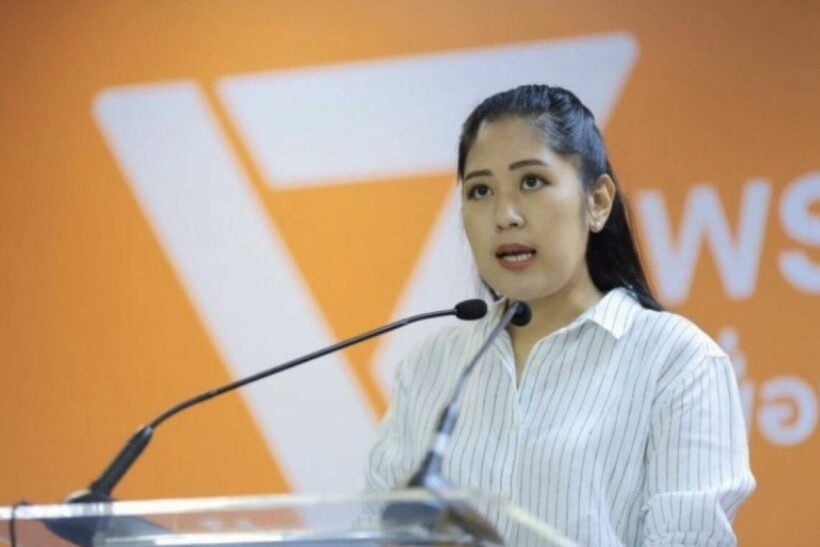 A member of Thailand’s Move Forward Party told the press today that she and two other party members had been banned from renewing their passports on suspicion that they have committed treason. MFP member Pannika Wanich made the announcement after meeting with Phaya Thai police today, who she said made the order for the ban.

The Department of Consular Affairs will be able to renew their passports if the police revoke the order. Pannika added that police told her they made the order so they would not be seen as negligent, since sedition concerns national security. Prosecutors will announce on May 19 whether or not they will pursue the cases.

The two other members banned from renewing their passports are Thanathorn Juangroongruangkit, and Piyabutr Saengkanokkul. Pannika said she would like to ask if the police’s order is an “act of discrimination” against them for their political views.

“Apart from me, Thanathorn and Piyabutr, there are still many political activists, advocates and youths who have had renewal of their passports suspended in the same manner”.

Members of the MFP have faced various legal allegations from the beginning of their campaigning, like the earlier version of the party which ran in the 2019 election, the Future Forward Party.

The party is made up of former members of the Future Forward Party, which was formed in 2018 but forced to dissolve in 2020. Thanathorn, the former leader of Futre Forward, has recently been accused of violating Thailand’s lèse majesté laws. These accusations involve remarks he made during a livestream talk he gave last year, in which he discussed the government’s procurement of the AstraZeneca vaccine, and allegedly casting indirect suspicion on the company’s patrons, the royal family and King of Thailand.

Benroon
Confirmation, as if it was needed, that the junta are just that, a military junta that is standing in the way of democracy.
Boddown
And so the dirty politics begin again when will the power hungry ones stop