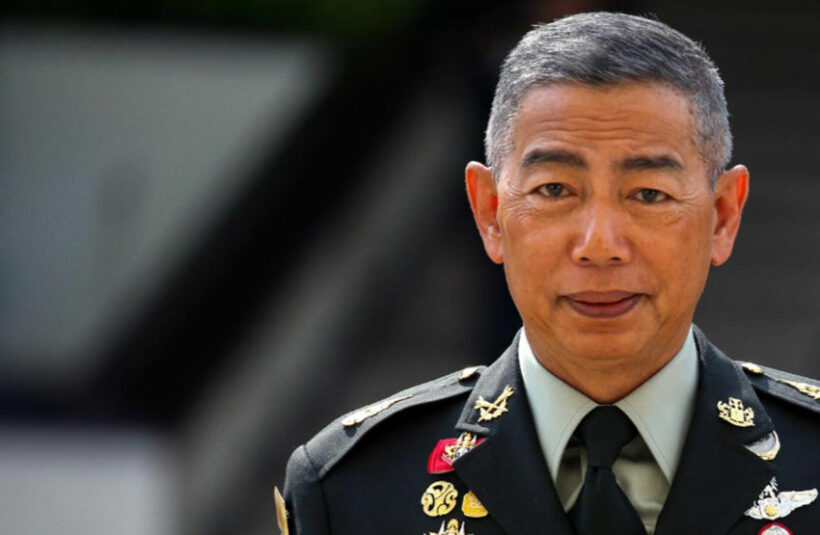 His Majesty King Vajiralongkorn has appointed former army chief Apirat Kongsompong and ardent royalist as deputy director of the Crown Property Bureau. The Bangkok Post reports that Apirat‘s appointment has been announced in the Royal Gazette and is effective immediately.

The Crown Property Bureau is the quasi-government agency responsible for managing the property of the Monarchy of Thailand. The bureau is legally defined as a juristic person and not a government agency – Wikipedia

Apirat has caused some controversy in the past by stating his belief that military intervention is necessary when political unrest gets out of control. He has also in the past denounced politicians and academics he considers, “communist” or “extreme left”, with many taking his remarks to be a dig at the now-defunct Future Forward Party.

His appointment comes as pro-democracy activists confirm a planned rally outside the CPB on November 25. Protest leader Jatupat Boonpattaraksa has decried Parliament’s rejection of the draft charter amendment submitted by human rights non-profit, iLaw, with the backing of 100,000 signatures. Jatupat says the rejection has left anti-government activists with no option but to continue with political action until their demands are met.