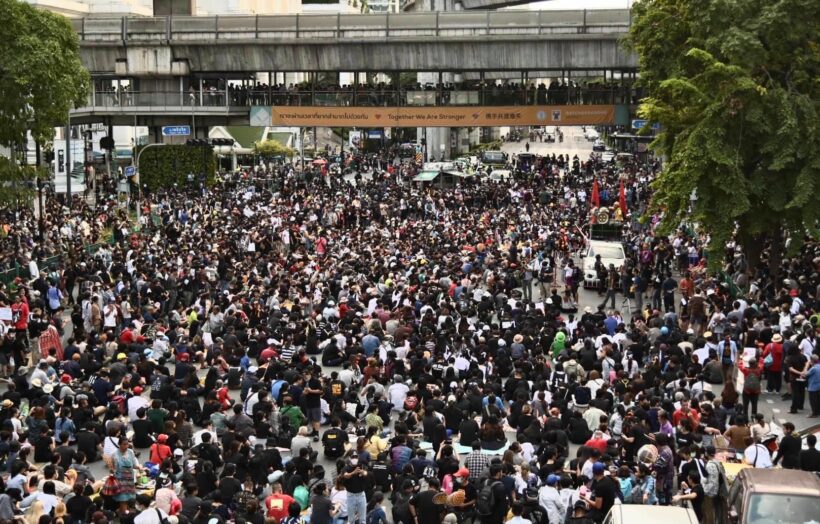 The proposal put forward by iLaw, the only one not proposed by MPs and supported by nearly 100,000 signatures, has been rejected by parliament to be included in discussions for constitutional amendments.

It’s set up another afternoon and evening of protests, this time being staged around the Ratchaprasong intersection in central Bangkok. Thousands of protesters have already gathered shouting “f**k Prayut”, “fuck the police”, “they’re using our taxes to attack us” and “yellow is the colour of the people, not yours” (in reference to the colour yellow worn by Royal supporters and represents the Thai monarchy).

Police have already cordoned off the area and are prepared with water cannons and a high frequency audio emitter at the Royal Thai Police headquarters next door. Two large tip trucks have also been backed into the gate at the nearby police complex to prevent access.

Police have warned protesters that any attempt to enter their headquarters “will be met with a decisive response”.

Meanwhile the joint sitting of parliament will continue until 10pm tonight. The first and second amendments to the Charter were passed, calling for the establishment of a constitutional drafting committee.

The demonstrators began appearing shortly before 4pm, as promised last night. As the sun sets tonight it is predicted that things may get violent again. At 6pm, as the Thai national anthem was played, protesters displayed the 3 finger salute. They then shouted “fuck the (person who can’t be mentioned)”.

Pol Maj Gen Yingyos says that “any action that causes damage to government property and barricades is considered a violation of the law”.

Police have warned people to stay away from Ratchaprasong intersection, Ratchadamri Road, Rama I and Ploenchit roads. 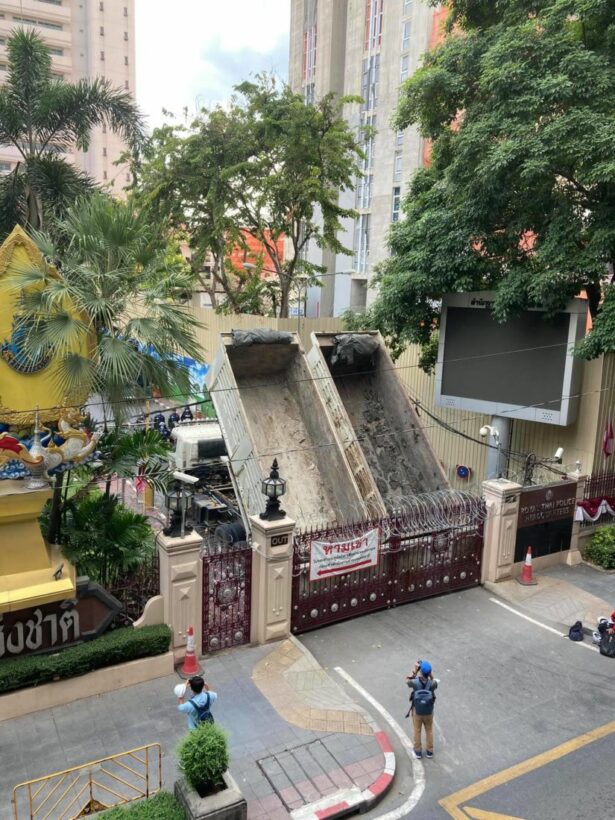