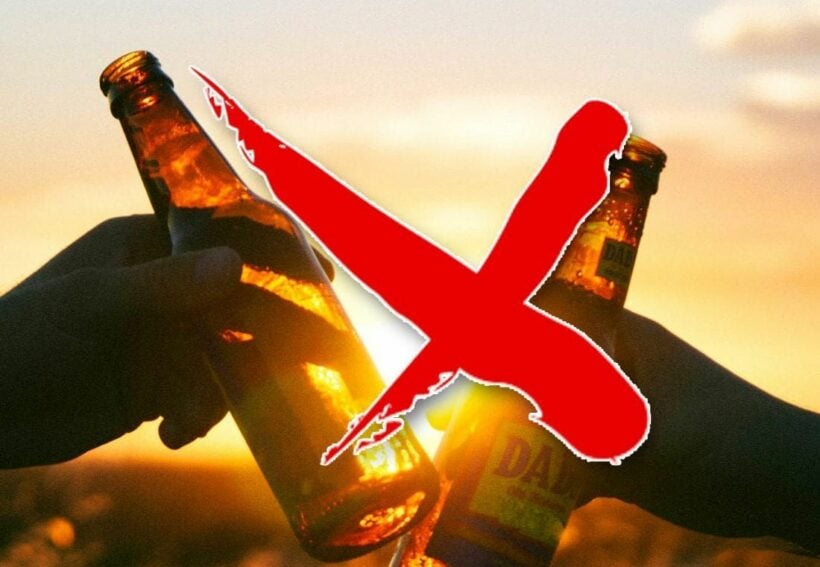 An alcohol ban is looming for this coming Friday, as Buddhists mark the end of the Lent period. While officials have so far remained silent on the possibility of a ban on the purchase and consumption of alcohol, previous years have seen one implemented at the end of Buddhist Lent. The ban has not been formally announced but our Thai staff have confirmed that it will be in place.

The Buddhist Lent is when monks finish their 3 month retreat and leave the temples to travel and resume normal life. It also marks the end (in theory) of Thailand’s rainy season. This year, the end of Buddhist Lent falls on Friday, October 2, and is almost certain to bring a ban on alcohol sales, as in previous years.

This will mean bars, clubs, and other nightlife venues will need to close from midnight the night before, and cannot re-open until midnight Friday night/Saturday morning. The ban on alcohol sales will also apply to supermarkets, hotels, and restaurants.

As with similar alcohol bans, the enforcement by officials can be ‘selective’ but will attract a fine if caught.