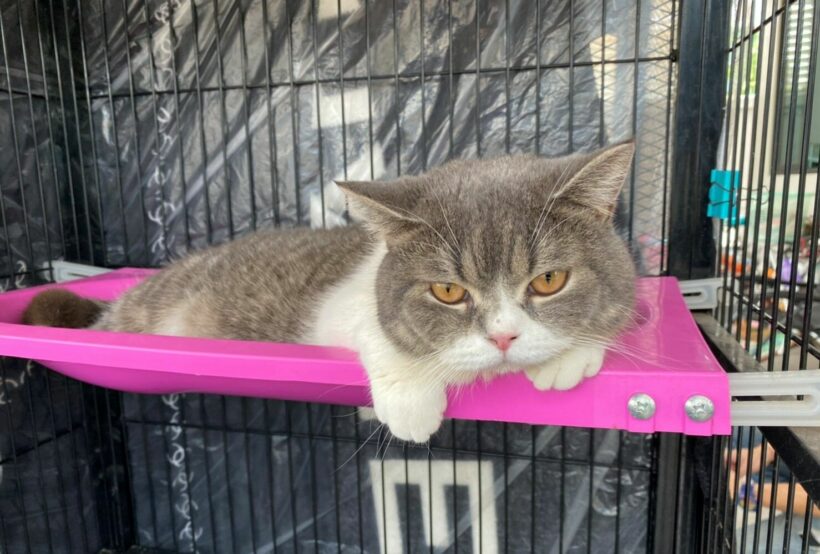 6 cats in Thailand are up for auction after their owners were involved in a drug raid.  Thailand’s Office of the Narcotics Control Board says, according to the law, the cats are considered living assets, and must be put up for auction. Secretary-General of the Office of the Narcotics Control Board, Wichai Chaimongkol, explained that the felines were confiscated, along with other assets, during the arrest of a suspect who was charged with being involved in an illegal drug trafficking network. The network was allegedly ran by Soradet Sonsiri, better known as “Kook Rayong.”

Wichai says the furry felines cannot be kept by the government, so they are being put up for auction today starting at 2pm, at the Tang Kwien sub-district office in Rayon province’s Klaeng district. He says proceeds from the auction will go to the Narcotics Control Fund, which is used to solve drug trafficking issues.

Recently, another 4-legged animal was in the news, but it wasn’t exactly an innocent victim of its owners. A pit bull, named Giant, was rehomed after attacking its owner at 3am while he was sleeping. The dog bit his 56 year old owner in the neck, head, and other parts of his body, causing him to bleed profusely. After police arrived, it took 30 minutes to get control over the dog, who was still displaying aggressiveness. The man, sadly, died from his wounds in the hospital.

Giant was taken in by a Thai man who has experience raising pit bulls. The man says he was aware of potential aggressiveness and is keeping the dog under a watchful eye. The dog, was taken to the man’s funeral to apologise. The man’s widow recently warned the online community about making negative comments over the incident, saying she could sue them for defamation under Thailand’s Computer Crime Act.