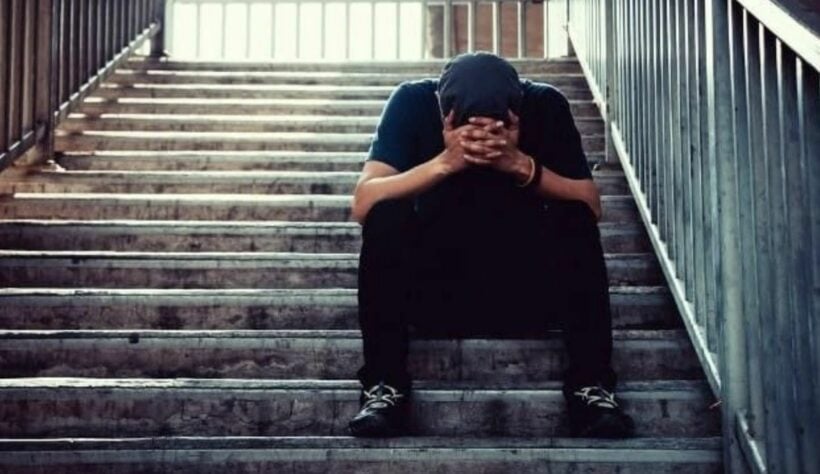 The Mental Health Department has released a report indicating 2,551 people had killed themselves from January to the end of July, 2020. That is up a palpable 22% compared to the same first 6 months of last year… 459 more cases were reported than the same time last year.

The Thai Mental Health Department Director General Kiartipoom Wongrachit says the increasing numbers are a big concern. The department is teaming up with the police’s Crime Suppression Division and forming a plan to work with social media influencers to find new ways of identifying and intervening to help reduce the incidence of depression and self-harming behaviour.

“There have been an increase of farewell messages and suicide plots posted on social media.”

“These people in distress are in need of help immediately.”

Crime Suppression Division chief Pol Maj Gen Jirabhop Bhuridej says the agency would closely coordinate with the department and social media administrators to actively identify people planning to take their lives if they post messages on Facebook (which is very popular in Thailand) and social media platforms.

The increasing suicidal rate this year has reminded public health officials of the financial meltdown in 1997 as it followed the same pattern. The rates of people committing suicide after the 1997 financial crisis leaped by between 20% and 30%, it added.

Department director-general Kiattiphum Wongrajit linked the increase in the suicide cases this year to the outbreak of the deadly virus and described the trend as “worrisome”.

His assessment was in line with various studies in Thailand and abroad.

A March study by Chiang Mai University identified 38 suicide attempts that were likely linked to stress associated with the lockdown at the time. 28 of them ended up in deaths. The research was conducted in the middle of the local lockdowns and restrictions implemented by the Thai government to prevent the spread of the coronavirus.

In June, Oxford University also released a study on the impact of the pandemic on suicide rates in the International Journal of Medicine. The study found stress from Covid-19 had played a part in the suicide rates and that the problem “could linger after the outbreak ends”.

“The Covid-19 crisis may increase suicide rates during and after the pandemic. Mental health consequences of the Covid-19 crisis including suicidal behaviours are likely to be present for a long time and peak later than the actual pandemic.”

Ships want a shortcut: Studies to start on Thai canal and land bridge