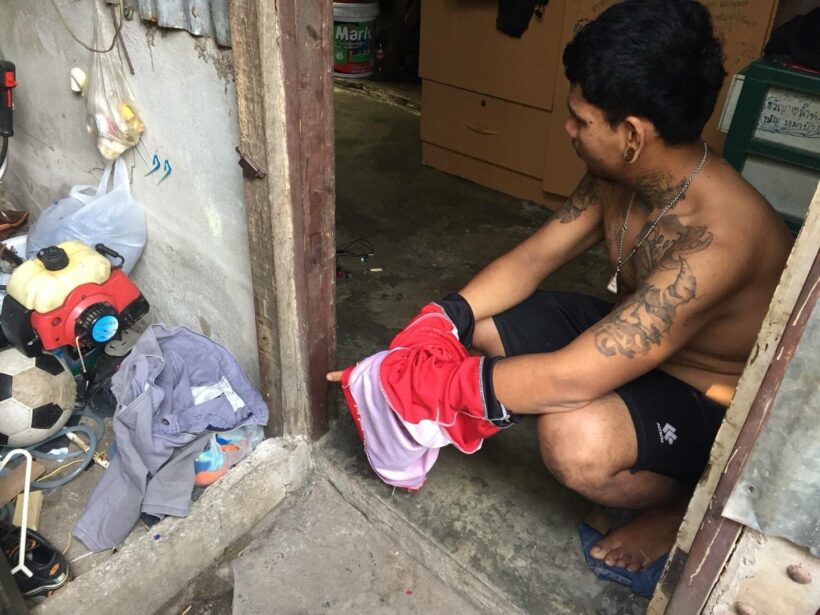 Ko Htwe Ovoen, from Myanmar, was arrested by Wichit police after robbing houses in the area. Police tracked him down partly due to the distinctive tattoo on his neck.

After receiving a report about a robbery in Villa Doarung village on March 25 and at Phuket Villa California village on March 31, Wichit Police checked the CCTV camera footage in the areas and found that the man who robbed the 2 houses looked very similar.

He stole a coffee maker worth about 15,000 Baht from the first house and a Puma bag from the second house.

Police saw that the man had the same shirt on both cases, a brown shirt with cartoon and the word ‘Get Out’ with grey shorts and a tattoo on his neck.

They eventually discovered that the Burmese man lives near Surakul Stadium. They showed him the footage and he confessed to the robberies adding that he has already sold the coffee maker to a friend in Kathu.

Police hope to reunite the owners with their stolen goods as the investigation continues.