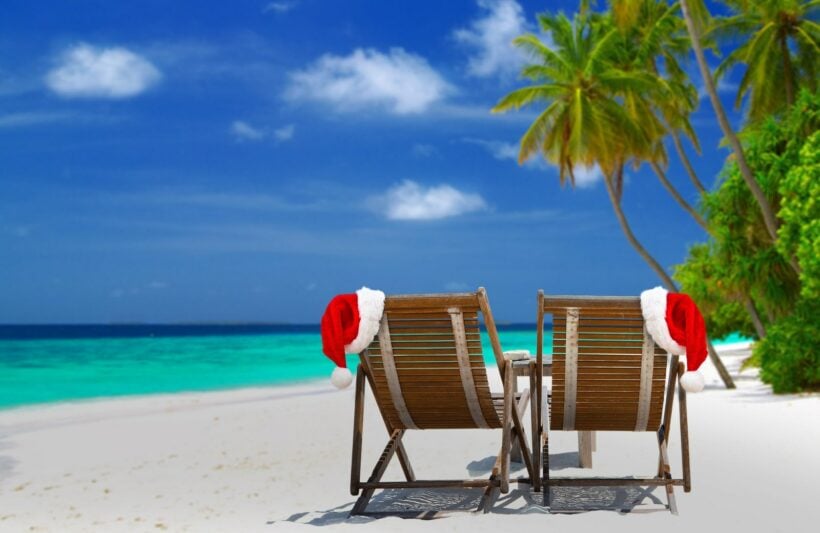 Merry Christmas from all of us here at Phuket Gazette and The Thaiger. We urge you to be extra careful out on the roads on this day and in the days up to New Year. It’s the busiest time for tourism on the island and there are lots of people here to celebrate. Let’s see which stories are leading the way for your Monday…

Drunk driving still the leading cause of deaths

According to the Road Safety Operations Centre, during the seven-day monitoring period for New Year last year, there were 4,128 injuries and 478 deaths from 3,919 road accidents. This represented a rise on previous years. The same research showed that the top five reasons for road accidents were: driving while drunk, speeding, cutting in front of another vehicle, recklessly riding a motorcycle and poor visibility on the road. 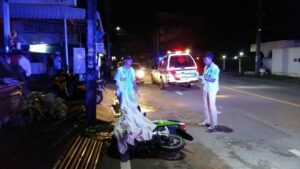 At least 37 are feared burned alive in a shopping mall in Davao City in The Philippines. President Rodrigo Duterte broke the sad news to relatives of the 37 victims who were mostly workers of BPO firm SSI yesterday.

The president broke into tears when visited the families of victims trapped in the mall. The blaze started at the four-storey NCCC Mall on Saturday morning and people were trapped inside, including in a call centre on the top floor. The fire was still going yesterday morning. A police officer speaking to AFP believes that the fire started on the third floor which houses products like fabrics, wooden furniture and plastic ware. 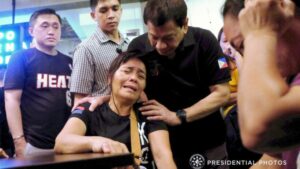 At midnight on Saturday night, at Saladaeng intersection on Thepkasattri Road in Thalang, a 6-wheel bus crashed into a car, resulting in two casualties and an injured driver in serious condition.

The bus was driven by 42 year old Boonyong Linla, who police allege was driving at high speed and ignored a traffic signal, running the red light. He crashed into the car of the family of three, driven by 24 year old Pradit Robroo with two passengers, 18 year old Kanlaya Mianbut and one year old Kornkamon Robroo.

All three were sent to Thalang Hospital, but one year old Kornkamon later died at the hospital as a result of her injuries. Kanlaya Mianbut was taken to Vachira Hospital, along with her husband, but she died at Vachira Hospital later in the morning. The husband remains at Vachira with serious injuries.

Police continue to investigate the incident and are questioning the 42 year old bus driver. 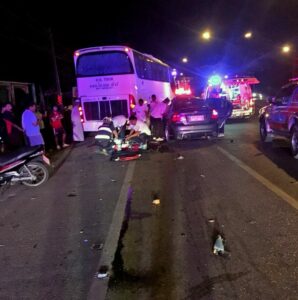 Toon surpasses one billion in donations

The charity run by Bodyslam frontman “Toon” has hit more than 1 billion baht in donations.

As of 2pm yesterday, donations for 11 public hospitals benefiting from Artiwara’s cross-country charity run amounted to 1,000,428,000 baht – well exceeding his initial target of 700 million baht. Artiwara – who was voted in a Bangkok Poll survey as the most admirable person of the year – has run for 372.24 hours over 42 days covering 2,140 kilometres. The rocking runner is now in Chiang Rai crossing the finish line today. He started the run on November 1. 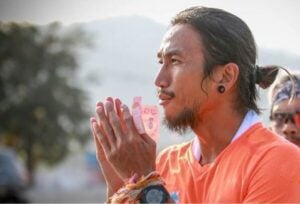 Despite the junta leader’s claim to promote an inclusive democracy, the new Article 44 order to extend deadlines for political party activity would instead make a November election “impossible” and weaken public participation. This observation by academics concerned that the country’s roadmap to democracy will be pushed forward again by the latest changes to political party involvement.

Last Friday, Prime Minister General Prayut Chan-o-cha issued an order under his absolute powers to amend the existing Political Party Act, giving the main reason as the need to extend the deadlines required for parties to follow ahead of the election. The junta’s ban against political gatherings of five or more people has stopped parties from holding meetings or making other official moves. Although the order is claimed to “facilitate” parties, it requires members of existing parties to submit “verifying membership documents” to their party headquarters. 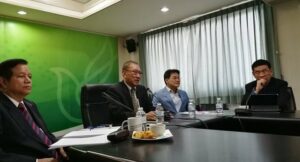 Thirteen beaches in six provinces have been found to be of a very good environmental condition in an assessment by the Pollution Control Department of the Natural Resources and Environment Ministry.

The assessment was carried out under the “beaches with stars” project for the year 2017.

For the year 2017, the following 13 beaches have been assessed to have a very good environmental condition, each with five stars attached:

1. Toey Ngam beach, Chon Buri, in an area under the supervision of the navy’s Sattahip Marine Command.

Moreover, Na Thap beach in Ang Thong Islands National Park is rated as being of a high environmental condition, with four stars attached.

Bottomline, not one beach in Phuket is on the list 🙁