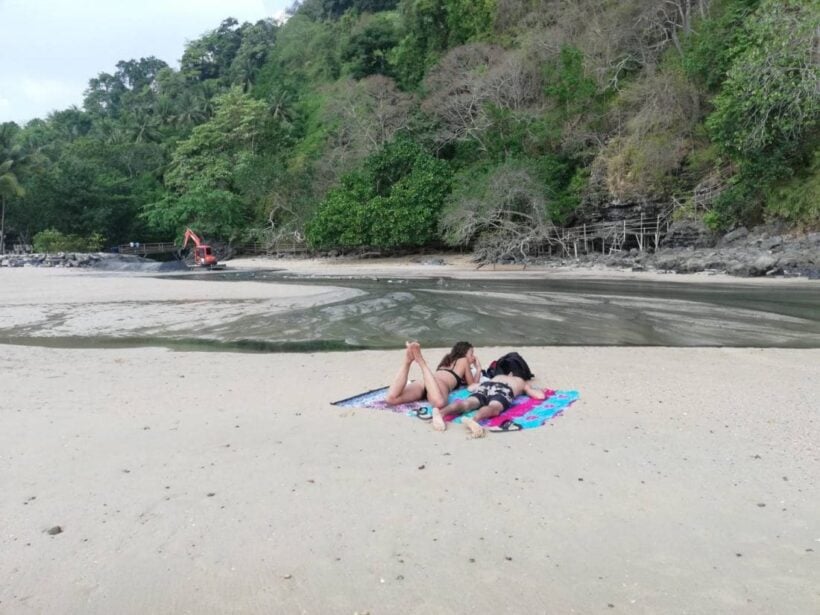 The Krabi provincial government appears to be attempting a ‘band-aid’ solution to stop wastewater running freely onto one of the most popular beaches in the region.

Tourists in Ao Nang have reported that a catchment is being dug where waste water is freely flowing into sea at the famous and popular Ao Nang Beach. A backhoe was digging the canal on the beach in recent days.

A worker claimed that they are digging the catchment for the government’s ‘urgent project’ to resolve the problem of wastewater from the Bang Jak Canal. They say a barrier is being built to block the wastewater from flowing into the sea.

Krabi health authorities have already taken action against two restaurants in Ao Nang, Krabi for releasing wastewater into a canal that drains into the sea last month.

Read more about that scandal HERE. 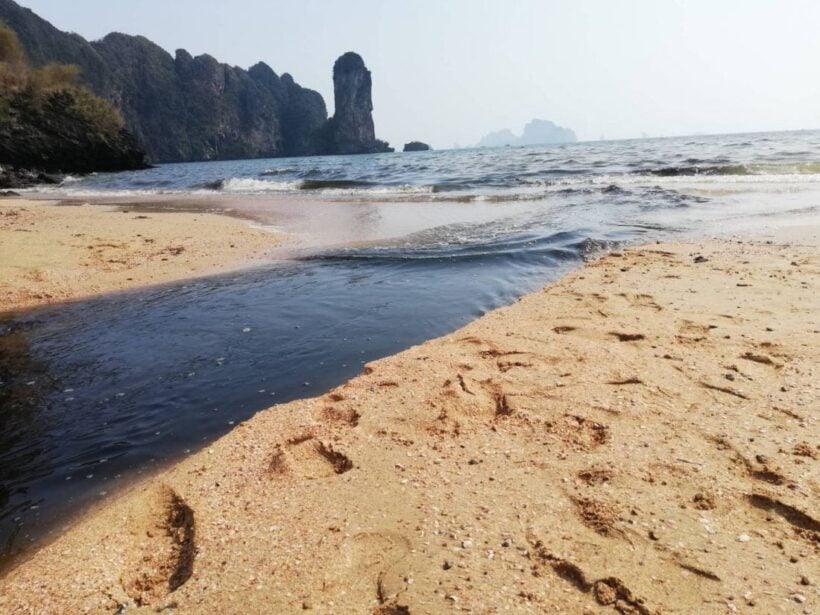 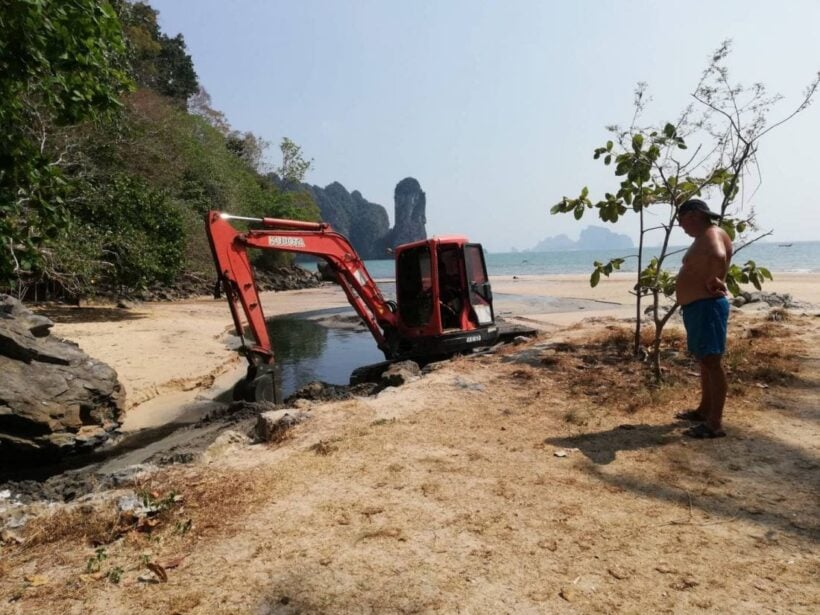