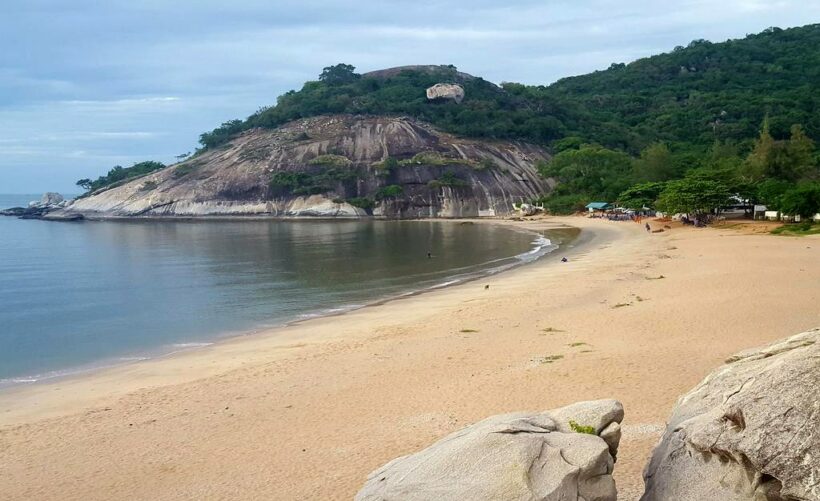 A fisheries expert claims the tourist that was bitten over the weekend by something off beaches south of Hua Hin, was attacked by a bull shark, a shark which can be found in warm and shallow water in the Gulf of Thailand.

Watchara Sakornwimon, a veterinarian of the Marine and Coastal Resources Research and Development Centre, says she had spoken to a shark expert from the Fisheries Department, Mr Tossaphol Krachangdara, who said he believed the Norwegian tourist was bitten by a bull shark which can be fierce when it is hungry or during breeding season.

According to Mr Tossaphol, bull sharks often hunts for food in shallow water near beaches in the early evening into night which matched with the victim’s claim that he was bitten by a fish suspected to be a shark at about 4 pm. The wounds on the victim’s leg resemble two rows of the teeth of the bull shark.

Mr Tossaphol says the bite was not meant to eat its food but to test whether the object bitten was edible or not and, hence, the shark just gave up and didn’t continue attacking the victim.

The shark expert also suggests that signs be put up on the beaches to warn swimmers and a net barricade be put up in the water to prevent possible future shark attacks.

Prachuap Khiri Khan deputy governor Chotenarin Kerdsom on Tuesday led officials concerned to visit the victim at the hospital. The team also visited the spot where the tourist was attacked which is close to Wat Tham Khao Tao.

The man is said to recovering comfortably in hospital and is assisting police and officials with their enquiries.

Day Six – Eight accidents but no deaths on Phuket’s roads