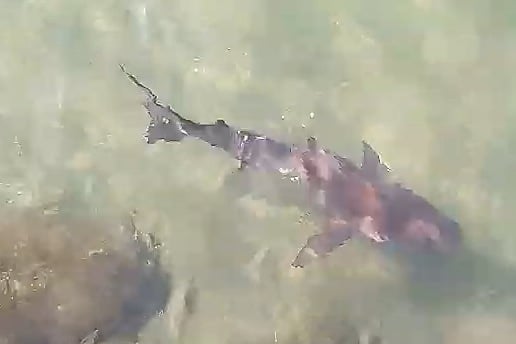 Authorities in Hua Hin are sending a team of experts to check out the waters off Sai Noi beach, south of Hua Hin, after two days of speculation that a tourist was bitten by a shark.

The Marine and Coastal Resources Department is dispatching officers in a bid to allay people’s fears.

Reports of the shark attack went viral since Sunday when photos were posted showing the tourist being carried out of the water having suffered multiple injuries to one of his feet. The incident was said to have taken place at Sai Noi beach, in southern Hua Hin, with the unnamed foreigner being rushed to hospital for treatment.

Many people speculate that the man was attacked by a shark as his injuries appeared to clearly be bite marks but others questioned it and said the injuries could have been caused by sharp rocks on the sea bed.

Hua Hin Mayor Nopporn Wutthikul said the injured man was a tourist from Norway and was still being treated at Bangkok Hospital, Hua Hin. However, it was not been possible to state conclusively what had caused his injuries.

“Even though we currently cannot confirm the rumour of a shark attack, as a precaution I have ordered the officers from all related agencies to warn tourists and closely monitor for any dangers in the sea,” Nopporn said.

“Also, I would like to ask tourists to avoid swimming in deep areas or in the sea beyond 20 metres from the coast.”

Sopol Thongdee, deputy director of the Marine and Coastal Resources Department, says that even though they were still unable to confirm that the tourist was really bitten by the shark and there had been no confirmed shark attacks in the Gulf of Thailand for many years, the department was concerned about the matter, so he had ordered the team of experts to find out whether there were dangerous sharks in the seas around Hua Hin.

Meanwhile, Thon Thamrongnawasawat, a lecturer from the Faculty of Fisheries at Kasetsart University, said there had been no sightings of dangerous shark species, such as the great white shark or tiger shark, in Thai waters and the sharks seen in another video clip, claimed to have been taken from Hua Hin, were actually juvenile bull sharks, which were harmless.

“There has been no fatal attack by a shark in Thailand for many decades and most of the shark attacks were bites at the feet by small sharks because it mistook our feet for small fish,” Thon said.

He added that sharks were a vital part of the marine ecosystem and said that the threat of a shark attack in Thailand was very small by international standards, so people should not be alarmed. 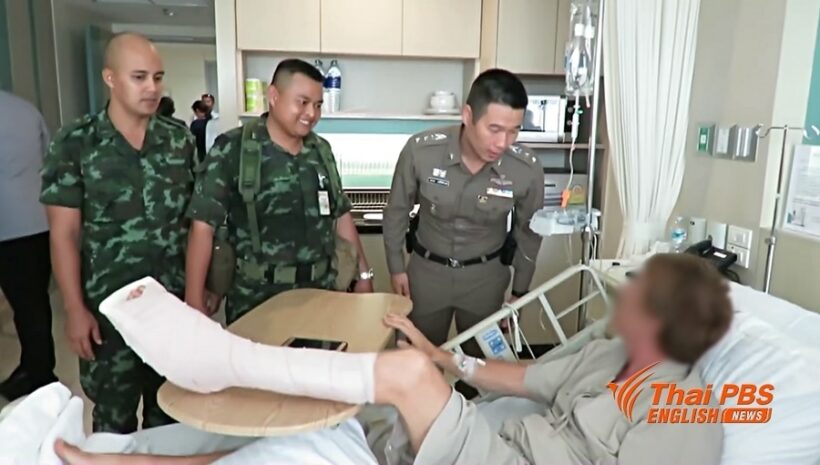 Check out video from the abbot, Phra Khru Boonyapiram, claiming he had taken still pictures and video of the shark with his smart phone on April 16 and posted them on the social media. HERE.

In the meantime, Khun Sopol says the wounds on the victim had to be examined carefully by forensic experts who would be able to give the answer whether they were inflicted by a shark or not.