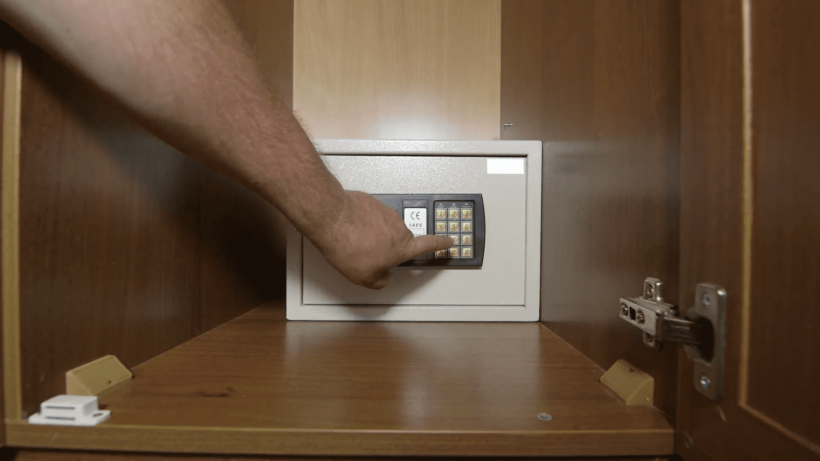 Thai Channel 7 TV is reporting a story about safes being removed from hotel rooms in Bangkok last Friday. According to the story there were two safes removed from the Sukhumvit road hotels, along with 300,000 baht, passports and documents.

But, according to the law, the hotel were only obliged to reimburse the victims 5,000 baht in compensation.

Lumpini police have been studying the CCTV.

According to police, there was no forced entry to the rooms but both safes were ripped out of their housing and removed from the rooms.

The occupants – tourists from the United Arab Emirates – were due to leave Thailand yesterday but have delayed their departure pending the resolution of the case.

The hotel hasn’t been named.

“You’ve got a better chance of winning the lottery,” Dr Thon Thamrongnawasawat