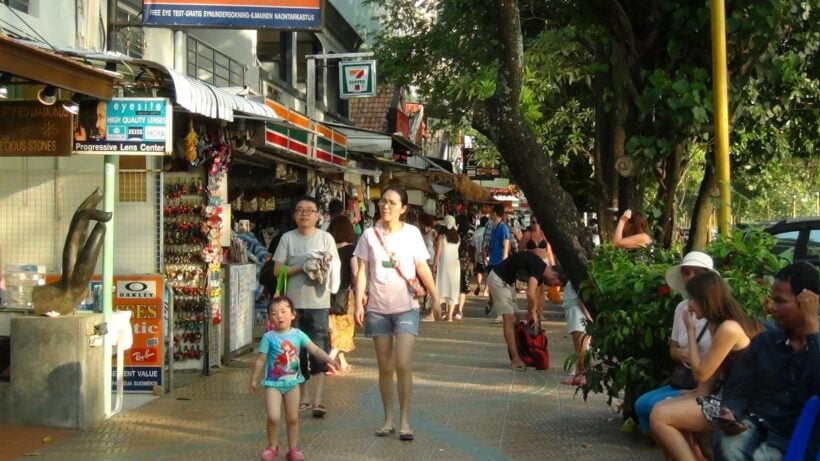 Administrative officers, soldiers, police and land officers in Krabi have conducted another raid in efforts to crackdown on illegal hotels and hostels.

They measured the boundaries of some hostels after receiving complaints that public areas have been encroached.

Officers found that a few of the hostels checked were using traffic cones to block public areas such as car park areas for their customers. Ladders and steps had also been hastily constructed providing some hostels with direct access to the beach. Officer demolished all structures which were found encroaching on public land.

Krabi Vice Governor Apinan Pueakpong says, “there were 52 illegal hostels in Ao Nang that have been ordered to shut down. These hostels have modified the buildings without a permit and are operating without proper licences.”

Officers led by Lt Gen Piyawat Nakwanit, Commander of the Fourth Army and Maj Gen Pornsak Poonsawat, Deputy Commander of the Army Region 4 held a meeting at the Krabi Provincial Hall to explain to the media about the crackdown on the illegal hostels.

He explained that many of the hostel operators have been affected after the illegal hostels raid. More than 500 rooms have been closed down – these rooms were competing with legal facilities. He says that the illegal rooms had been having an increasing impact with the legal hotels. In the short-term he expected it to have an impact on Krabi tourism and advised the illegal accommodations to contact their future bookings.

Lt Gen Piyawat confirmed that hostel operators must follow the law. They will have to modify the building according to the local codes and laws before they can open their hostels again.