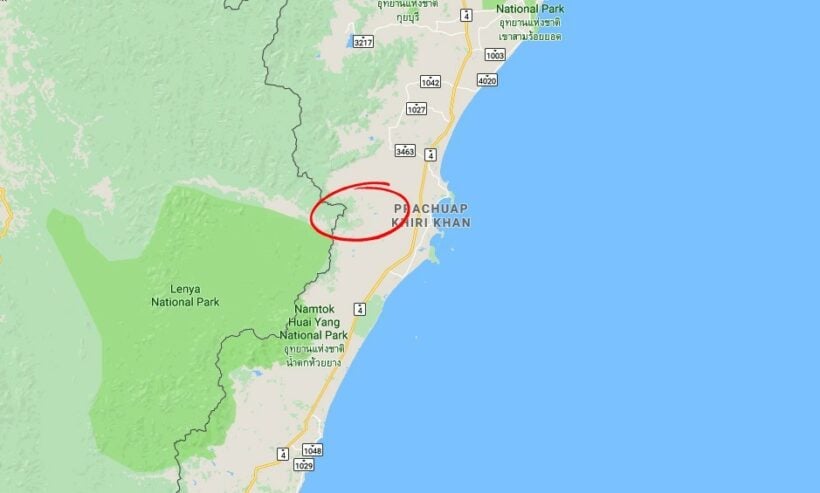 Four people have been killed and two others injured after a pickup lost control at a curve and crashed head-on with another pickup travelling in the opposite lane in Prachuap Khiri Khan.

A black Isuzu pickup ploughed into a white Toyota, destroying the front ends of both vehicles. A silver-grey Isuzu pickup was also grazed by the Isuzu but was able to pull up at the roadside.

Police say the driver of the black Isuzu, 49 year old Direk Khiewwan, was killed along with two unidentified passengers.

The front seat passenger of the white pickup, 20 year old Pornapha Sripalakarn, was also killed. The driver, her husband 23 year old Aroon Suakhum, was critically injured along with one unidentified passenger.

The injured were rushed to the Prachuap Khiri Khan Hospital.

The driver of the silver-grey pickup, Saifon Sornchan, said the black Isuzu lost control at the curve and veered into the path of oncoming traffic. Saifon says he swerved and the Isuzu grazed the right side of his truck before it crashed head-on with the white Toyota.