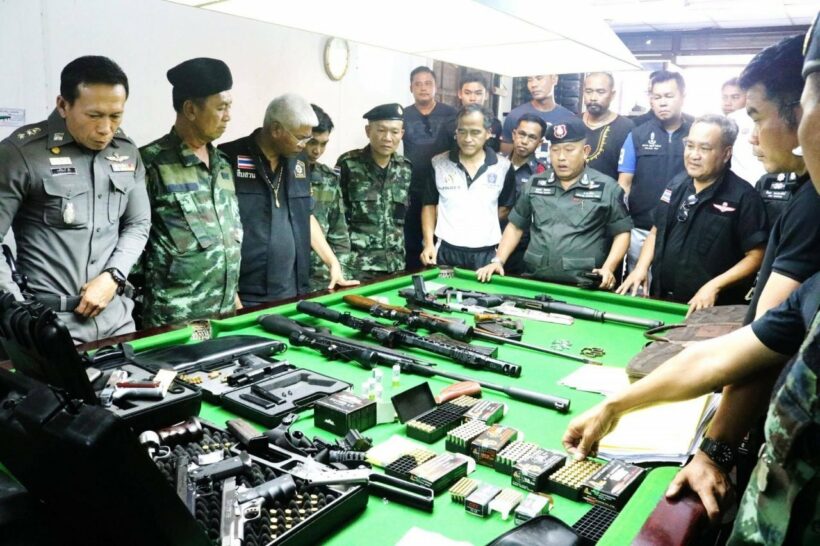 A large amount of weapons and some loan contracts were seized during a raid by police, army and administrative officials on a snooker club in Phang Nga’s Muang district today (October 18).

Officers found four shotguns, eight pistols and 374 rounds of ammunition, as well as some loan contracts. Piyawat was charged with having guns and ammunition in his possession without permission and operating a loan service charging an illegal interest rate.

Piyawat claimed that five of the guns were his and he had licences to keep them for use in sport, while the other guns were pawned to him by owners. 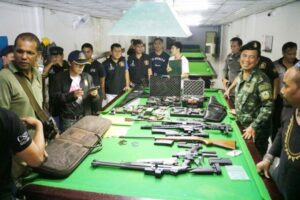 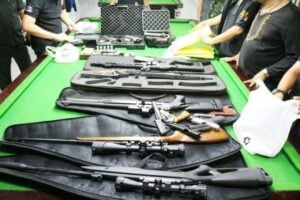