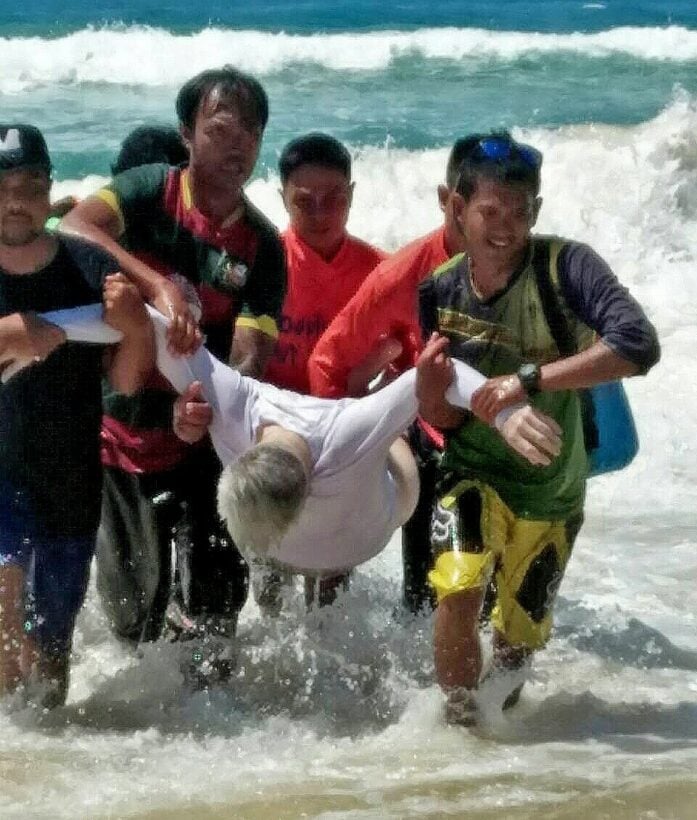 Another Russian tourist has drowned in the seas off Karon Beach today (October 18), while swimming in a red flag zone. This time the man was swimming at the far southern end of Karon Beach.

53 years old Evgenii Erdlei was rescued from the sea by local beach vendors and officers from the Marine Safety Unit of the Royal Thai Navy. The team tried to do CPR and called the ambulance but the man was pronounced dead when he arrived at hospital.

The man was visiting Phuket with his family for a holiday and staying at a Karon Hotel.

Another Russian man died after he dragged unconscious from the waters off Karon Beach last Sunday (at the northern end of the beach). He was also pronounced dead when he arrived at hospital.

A Chinese tourist also drowned this week whilst snorkelling off Koh Racha Noi. 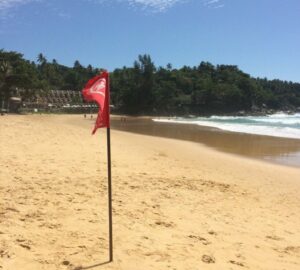 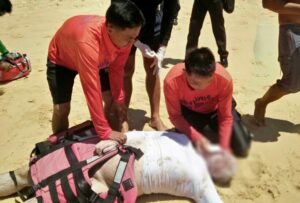 “Not guilty”. One judge speaks about the Yingluck Shinawatra verdict.