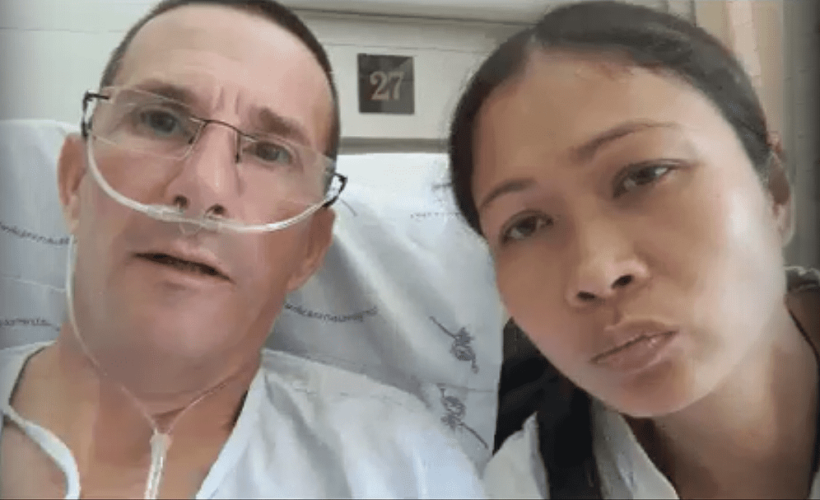 The plight of a British man highlights the risks for foreigners living in Thailand without health or medical insurance.

Graham Briar, who uploads videos about life in rural Thailand to his YouTube channel Graham & Pie, urgently needs a triple heart bypass operation but with no medical insurance and not enough money to pay for surgery he finds himself in a nightmare situation in hospital in Chiang Rai.

Graham, who has been broadcasting about his current situation live on YouTube, says that doctors have told him surgery will cost at least half a million baht or as much as one million baht, which needs to be paid upfront.

One week ago, Graham uploaded a video titled ‘Heart of the Matter’ where he revealed he had been experiencing a shortness of breath and chest pains.

In a second video posted six days later, which now appears to have been removed, Graham talking live from his hospital bed explained that after visiting a local doctor he was advised to go to hospital where it was confirmed he had suffered a heart attack.

Read more about Graham’s plight and his reason for not having health insurance HERE.