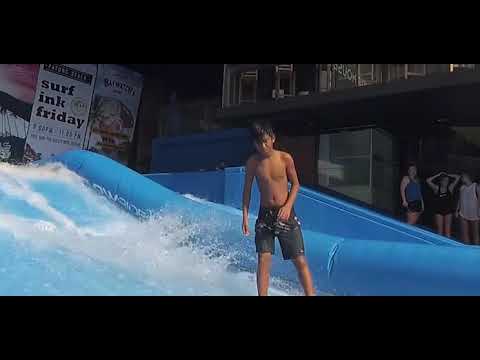 The Phuket team blitzed the Asia Flow Tour 2017 in Bangkok over the weekend.
Asia Flow Tour is an annual surfing contest series around Asian countries and had its second stop in Bangkok last Saturday, August 26. The small but tightly knit Asian flow board riding community got together for the event to decide who gets to represent Asia against riders from America, Europe and Oceania. Locals Songkrod Jomboon, Isara Singto, and Annissa Flynn represented Phuket at the event and topped their respective divisions.
Annissa Flynn, Champion Pro Women’s Division (centre)
Isara Singto, Champion Pro Men’s Division (left)
Songkrod Jomboon, Champion Pro Bodyboard Open (right)

The trio are part of Surf House Boardriders’ team rider program where youth are hand-picked to represent Phuket in surfing. As part of their training regime team riders are required to surf up to 20 hours per week with performance reviews continually conducted to measure their progress.
The champions of the tour will be represent Asia in Cancún, Mexico for the World Championship in November later this year.
You can catch them training at Surfhouse Phuket in Patong or Kata. Let’s get behind them as they approach the big competition in Cancún in a few months.
May the Flow be with you Team Phuket!
PHOTOS: Bangkok Surfriders 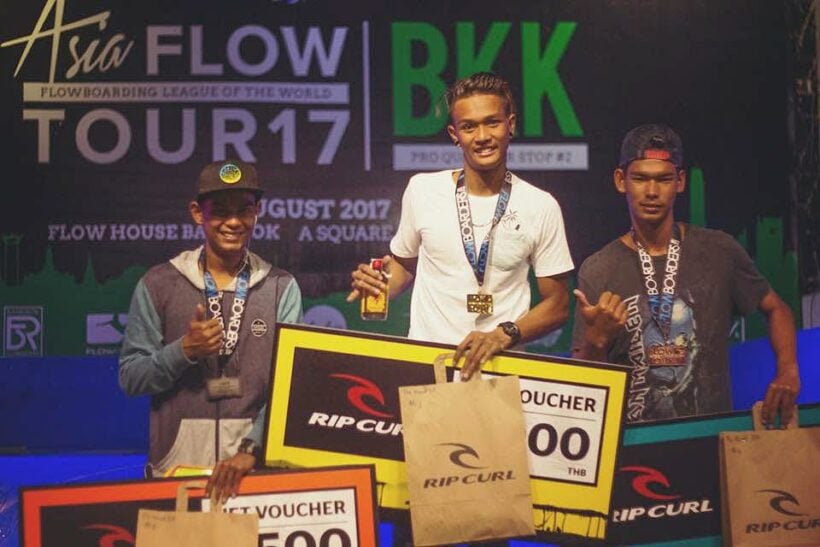