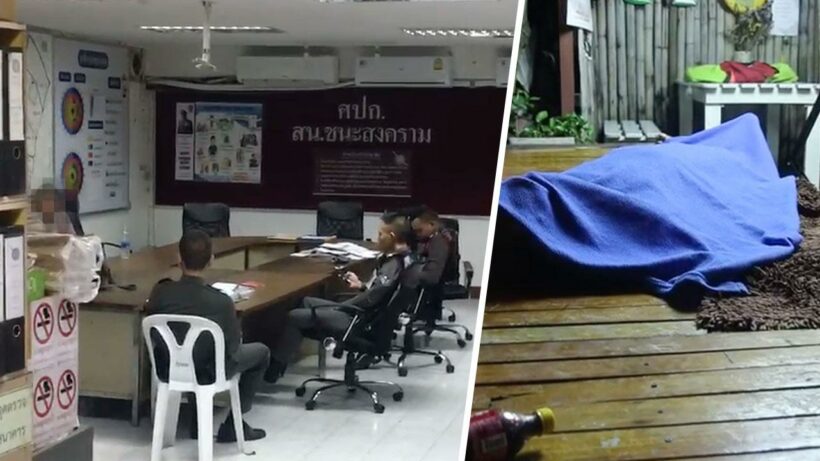 Sanook website is reporting today (May 3) that police were notified that a foreign man had been stabbed to death at a bar in a guesthouse in Phra Nakhon, Bangkok. See story here Sanook

Witness at the scene told police that a Thai man named only as ‘Pae’ was drinking alcohol with his girlfriend last evening until around midnight.

A French man name only as ‘S’ saw ‘Pae’ who was going to urinate into a water treatment canal. So Mr ‘S’ warned ‘Pae’ to stop.

‘Pae’ and ‘S’ started an argument. Another French man name Leo Alexander (some media are reporting his nationality as Swiss) who was living in the guesthouse saw both parties were fighting. Mr Leo tried to stop both of them.

‘Pay walked away from the scene but returned with a knife. He started to stab and slash at Mr Alexander.

After the incident ‘Pae ’ fled the scene. He was later arrested and taken to the police station for further questioning.