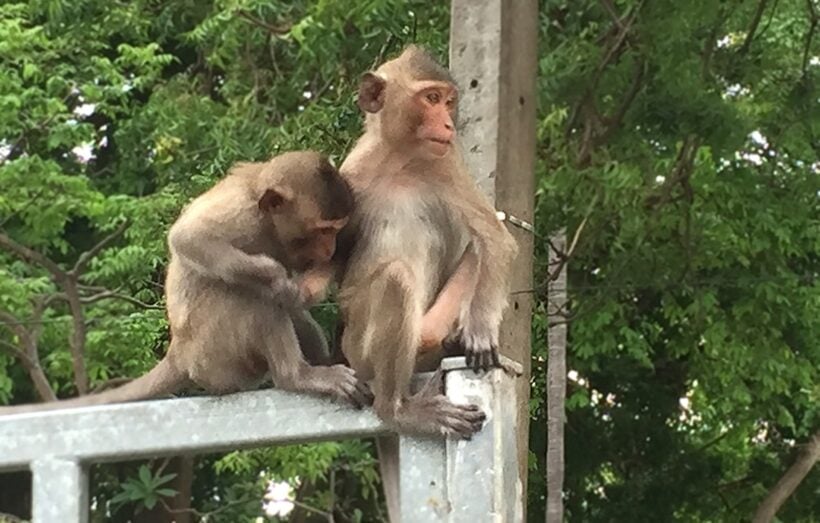 Five uninhabited small islands off Phuket have been chosen as possible monkey colonies.

Public hearings for the plan to release wild monkeys from various provinces that are overcrowded with monkeys to these small islands will be held later this month.

“Surveys show there are five islands off Phuket that should be able to serve as monkey colonies. These islands have neither human inhabitants nor predatory animals. But they have food and water sources,” Pol General Pongsapat Pongcharoen, chairman of the National Legislative Assembly (NLA)’s subcommittee on animal welfare protection mechanism follow-up, said yesterday.

The plan to develop monkey colonies has emerged because of the serious overcrowding of macaques in 12 provinces.

According to Pongsapat, monkeys have caused problems to people in as many 53 provinces across Thailand. Twelve provinces with a “serious situation” are Lop Buri, Krabi, Chon Buri, Trang, Prachuap Khiri Khan, Phetchaburi, Phuket, Mukdahan, Satun, Saraburi, Amnat Charoen, and the Bang Khun Thien district in Bangkok.

Thai authorities have suggested 100,000 monkeys may be rounded up and isolated on 191 remote islands.

Pongsapat cited Department of National Parks, Wildlife and Plant Conservation findings that said conflicts between humans and monkeys stemmed from the threat to the natural habitat of monkeys from the building of residences.

He said this encroachment on the animals’ land, or surroundings overlapping monkey habitats, had led to a change in the ecosystem and caused food shortages. As a result, the monkeys raided people’s homes to ransack for food and even attacked people.

He said the idea of creating a “monkey colony” on islands to support the overspill, especially those with aggressive behaviour against humans, would soon materialise. He said the monkeys would be sterilised first. While agreeing that the monkey overcrowding issue must be managed appropriately, marine biologist Thon Thamrongnawasawat said he did not support solutions that could create other problems for the national parks’ island ecosystem.

Some NLA members had discussed the issue with him and assured him that the “monkey island” solution wouldn’t include islands within national parks, he said.

According to DNP deputy director-general Pinsak Suraswadi, a survey of 7,000 people across the country found that the most irritating animals for them were monkeys/macaques, who were reportedly overcrowding 183 sites in 53 provinces, including the 12 provinces in a “critical situation”. Eleven other provinces, including Ratchaburi, Sa Kaew, Chai Nat and Udon Thani, faced a moderate situation while the problem was mild in 30 other provinces.

Pinsak said the DNP had been implementing monkey-population control measures, including sterilisation, but they had not been able to stem the fast-growing monkey population. He said the problematic 100,000 monkeys included 34,608 macaques. The second and third most irritating animals were wild elephants at 166 sites and wild boars at 82 sites, he said, quoting from the survey. 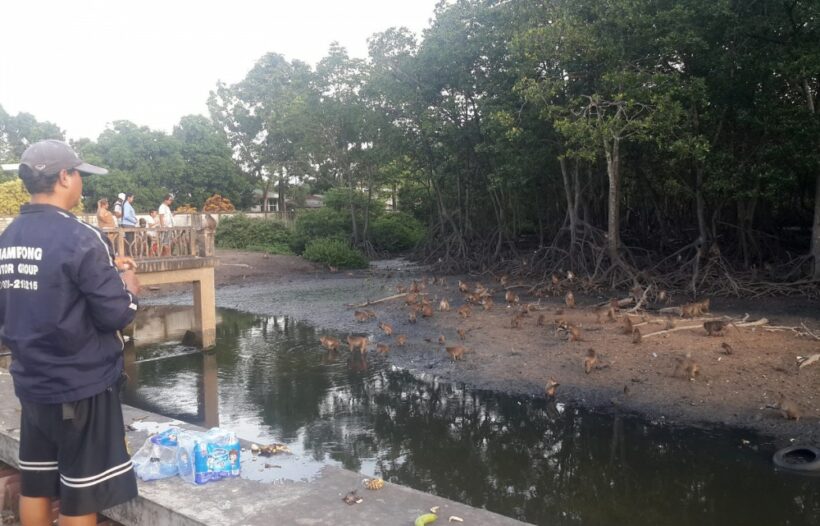