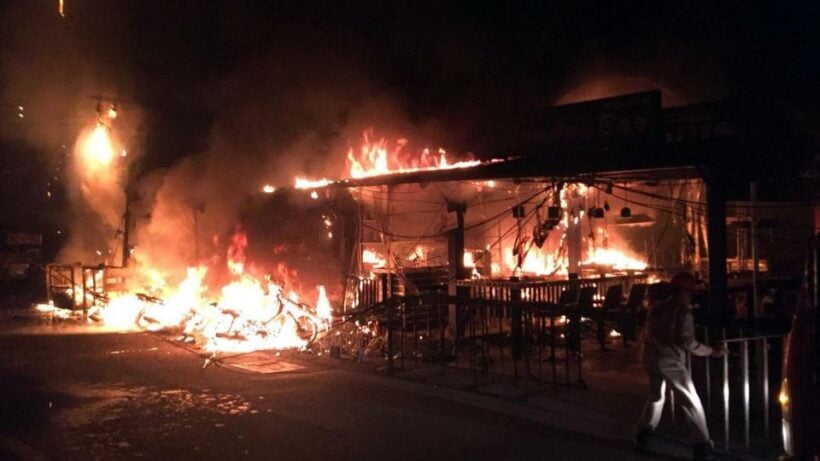 Bars in Walking Street Pattaya were in flames last night  (Saturday) after a transformer exploded in the packed red light district. Two tourists were rushed to hospital.

Witnesses say there was a large explosion around 10pm. The blaze quickly spread to neighbouring bars as motorbikes parked on the street burst into flames as well.

Dozens of bars in a plaza area became affected sending girls in high heels screaming into the street as tourists fled in panic.

Fire crews continue to scour the smouldering wreckage for signs of what caused the blaze.

More info and video courtesy of our friends at Pattaya One…