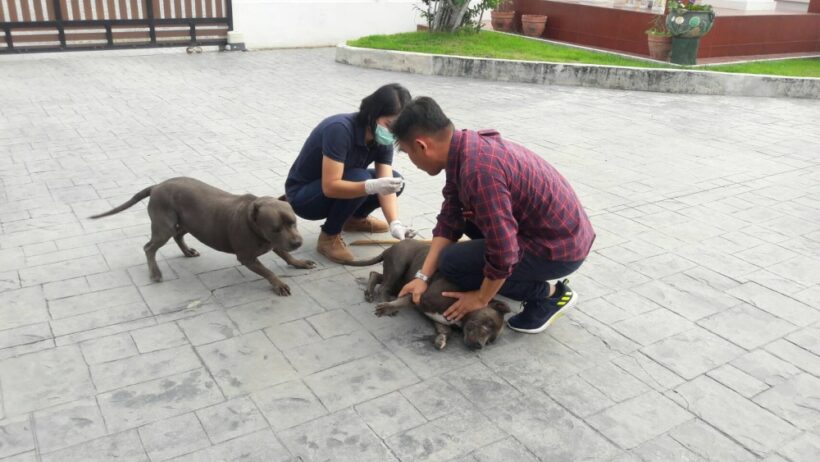 Amid a major outbreak of rabies nationwide, including three human deaths so far this year, a survey reveals major misunderstandings among the public about the disease.

The Public Health Ministry survey shows that up to 60 per cent of the nearly 12,000 people surveyed wrongly believed that rabies could be cured. Additionally, 34 per cent did not know that death is guaranteed if a person is bitten by an infected animal unless they quickly receive a full dose of rabies vaccine.

A representative from the Ministry says that due to a lack of accurate knowledge about the virus, there had already been deaths from rabies this year in Surin, Songkhla, and Trang. In each case, the deceased person had been bitten by an infected dog but did not receive the rabies vaccine until it was too late.

The Ministry warns that the rabies outbreak was a result of many factors including the collapse of general rabies immunisation due to a lower rate of vaccination during recent years. Other factors included people allowing their pets to roam outside freely, and a lack of awareness about the disease among the public.

Longer version of this article HERE.