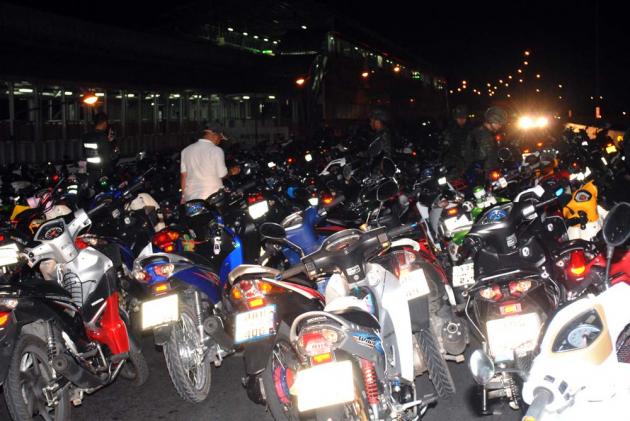 Bangkok police arrested 90 motorcyclists and pillion riders and seized 74 modified motorcycles in a crackdown on street racing on Bangkok’s streets.

At the end of the operation on Friday night, tourist police deputy chief Pol Lt-General Surachet Hakpal held a press conference at 2.30am early on Saturday on the main ground in front of Tesco Lotus Extra on Rama IV Road.

He said police had set up road checkpoints at several spots in Bangkok to inspect motorcycles suspected of being illegally modified for road racing and seized 74 bikes.
He said 90 motorcyclists and pillion riders were arrested. Fifty of them were under 18 years old and the rest over 18. Five of them tested positive for drug use.

Surachet said police would continue the crackdown on road racing.