Ten people were in a passenger van when it slammed into a power pole yesterday afternoon (June 12). The female van driver has sustained serious injuries.

Thalang Police were notified of the accident at 3.30pm on the Thepkrasattri – Nai Yang Road north of Thalang. Emergency responders arrived at the scene to find a damaged Toyota van smashed into a power pole.

The female driver was later identified as 36 year old Ketsinee Rachana who was seriously injured. Rescue workers freed her from the van and she was taken to Thalang Hospital.

Five Chinese tourist passengers have sustained minor injuries while one Chinese tourist ended up with a broken arm. They were all taken to Thalang Hospital for treatment and observation. Two Chinese tourists who weren”t injured have already been sent back to the Phuket International Airport to continue their journeys.

Capt Kraisorn Boonprasop says, “The van driver with eight Chinese tourists and one tour guide were travelling to the Phuket International Airport. We believe the driver fell asleep at wheel and lost control of the van, crashing into two power poles.

Police will continue their investigation while the hospital has been informed to conduct drug and alcohol blood tests with the driver. 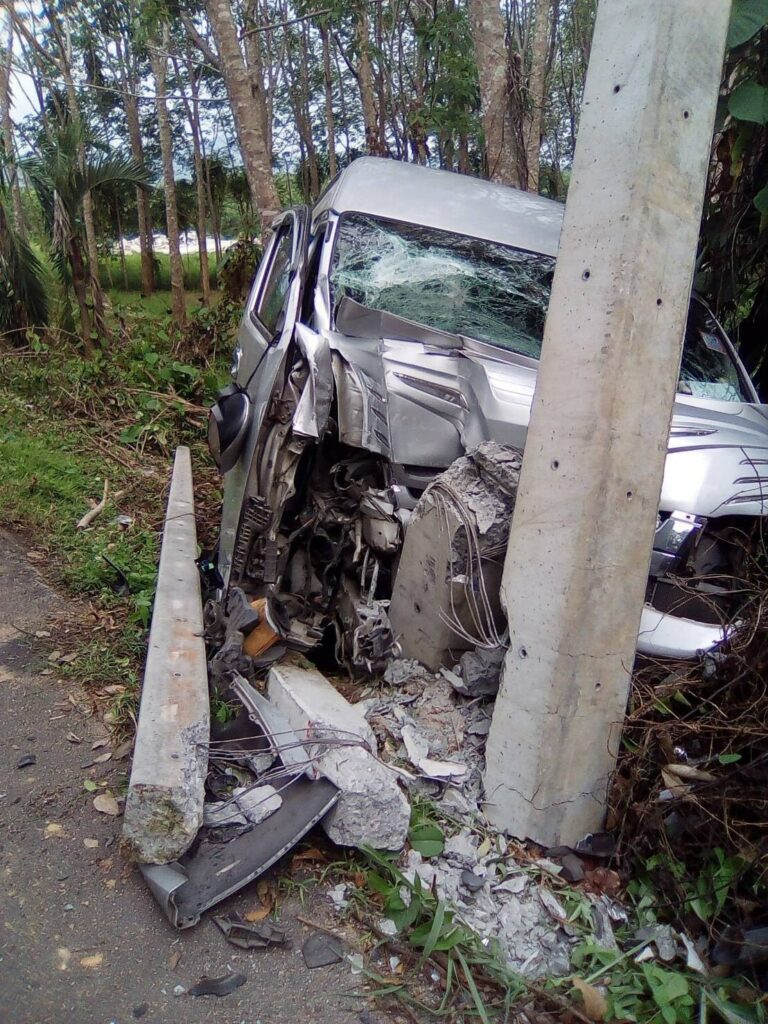