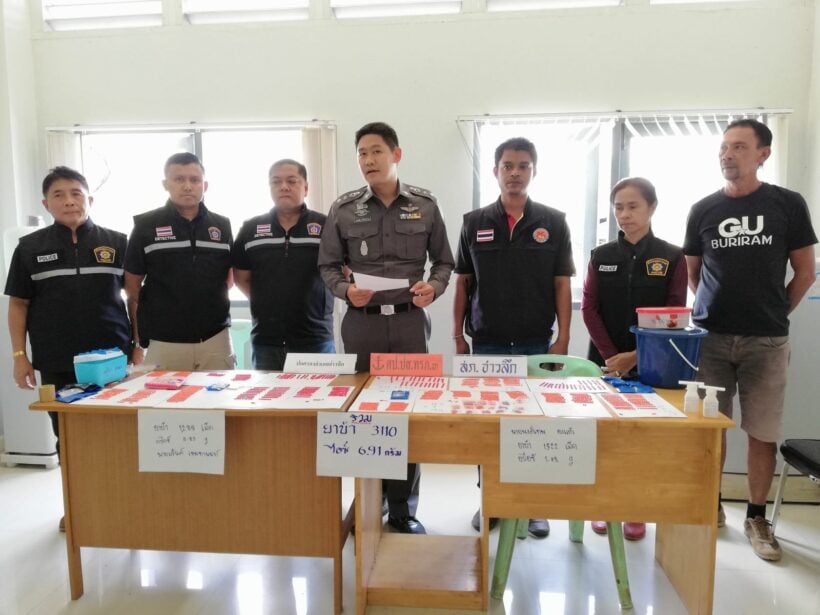 This afternoon (April 12), Ao Luek Police met the media and presented them with the results of a local drug crackdown worth 500,000 Baht.

Ao Luek Police Station Superintendent, Pol Col Kritsanat Wongklahan, said that the two are relatives and lived nearby each other. Both are also the relatives of a local politician. They had traded drugs for many years as part of a local network.

“This time, they might have been careless as police are busy for Songkran Festival, they brought out the drugs they hid in the house to count and separate in packages, preparing to sell during Songkran in front of their houses.

“We are questioning them to try and track down the main drug dealers in this network.”