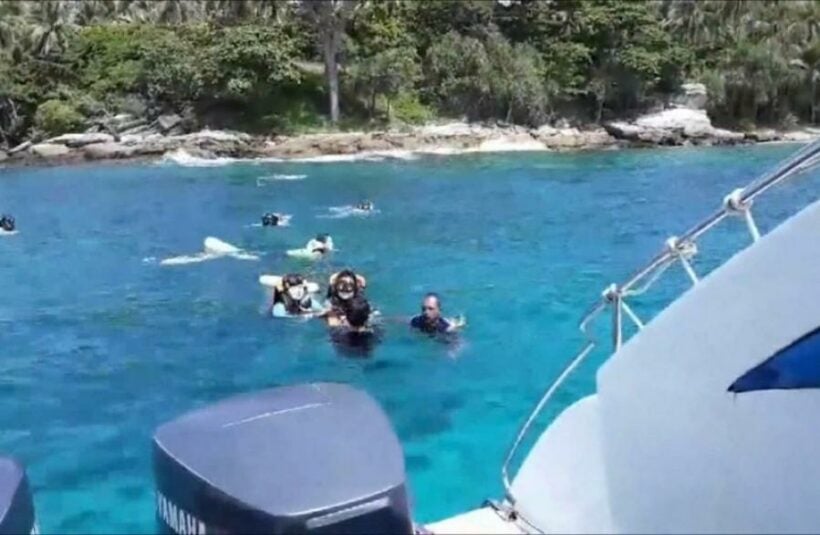 Kanchit Klingclip, a business operator and conservationist on Racha Island, posted a video clip on line showing the tour guide taking tourists to dive and feed fish, which is a violation of the law under the Department of Marine and Coastal Resources (DMCR).

‘I could not bear the destruction of the environment caused by this guide’, he captioned the video.

The clip also included an apology by the guide to Mr Kanchit, but he insisted that everything be processed as per the law.

“For now, I have taken the Korean guide, Kwanghyun Nam, 45, to the DMCR local office where they ascertained that he was working without a permit to act as a tour guide,” said Capt Somkiet Sarasin of Chalong Police.

Mr Nam was charged for feeding fish at coral reefs which carries a maximum penalty of one year imprisonment, a fine of 100,000 baht, or both.

However, police will further investigate before finalizing his penalty.

‘World Day against Trafficking in Persons’. Thailand in the middle of the world’s human trafficking hot spot.

Boom Boom on the Border