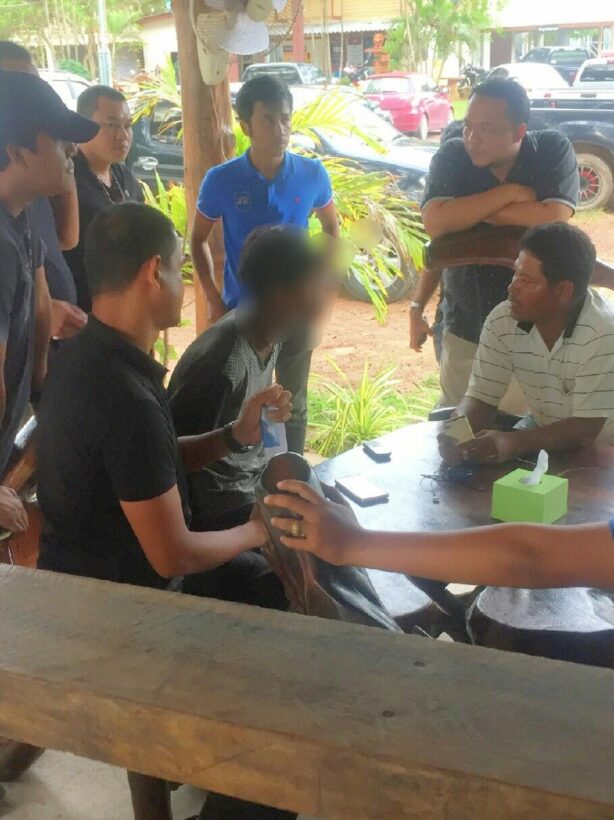 After having arrested a Burmese worker, 24 year old Han Noui Lane and his alleged accomplice 32 year old Ang Htoui O in Kathu, Chalong Police have taken the men to the crime scene, a staff room at the back of restaurant in Rawai, for a reenactment.

Han Noui Lane has been charged for murdering his ex-girlfriend, 24 year old Thida Mo. He’s confessed to Police that he was jealous and angry because he failed to reconcile their relationship and learned that she had started a new relationship. According to Police, he strangled her using a belt. Her dead body was found at about midnight on Thursday, August 10.

Han Noui Lane, and Ang Htoui O who allegedly drove him to her room, stole all her valuables, which police found later include 2 mobile phones, 3,500 Baht in cash, a gold ring, an earring and a shoulder bag. The pair was also in possession of 9,000 Baht in cash they received from selling her golden bracelet.

The two men say they intended to use the money from the stolen items to flee the island.

Demands for recovery of Thai student bodies in California