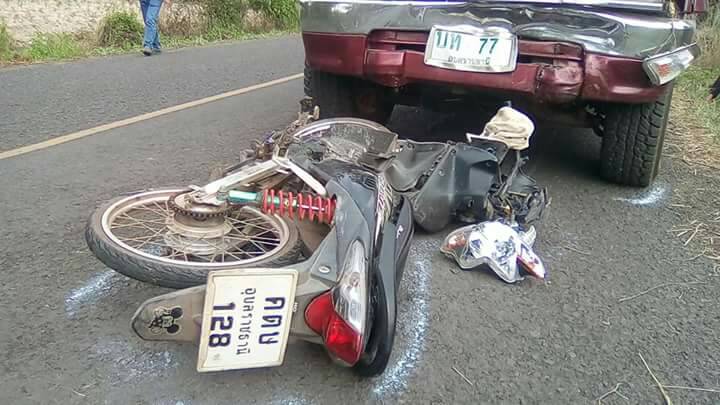 Thailand’s Songran road death toll has reached 248, with 2,557 injured in 2,449 accidents during the first four days of the so-called seven dangerous Songkran days (Wednesday to Saturday).

The figures marked an across-the-board increase over the same period last year, which saw 226 deaths, 2,457 injured and 2,385 road accidents. On Saturday alone, there were 603 accidents, killing 57 people and injuring 626 others. Some 44 per cent of the road accidents stemmed from drunk driving and 26 per cent from speeding. A majority (80 per cent) of the crashes involved motorcycles, according to the Road Safety Centre.

As many holidaymakers were expected to start their return journey to Bangkok and neighbouring provinces for work today, the authorities will concentrate on highway checkpoints, roadside service points, pit stops and ensure public transport drivers’ sobriety, the centre said.

Meanwhile, the NCPO and Army deputy spokeswoman Colonel Sirichan Ngathong reported yesterday that the authorities had seized a total of 7,067 vehicles from drunk drivers in the first four days of monitoring road accidents over the Songkran holidays.

Apart from seizing 5,019 cars/trucks and 2,048 motorcycles from April 11 to 14 in an effort to enforce drunk-driving laws, the authorities also seized driver’s licences from 16,588 motorists and motorcyclists. The seized vehicles would be returned to the owners after the seven-day accident-monitoring period, she added. Colonel Sirichan reminded people that very hot weather was forecast for Sunday to Wednesday, with maximum temperatures of up to 40 degrees Celsius and summer storms expected in upper Thailand plus Bangkok and surrounding areas. She said the Army and related agencies would help affected residents where necessary.

National police deputy chief Pol General Weerachai Songmetta, meanwhile, presided over an oath-taking rite in Samut Prakan province in which 380 drunk-driving offenders vowed not to repeat the offence, before listening to a monk’s sermon. They were then brought to court for legal action.