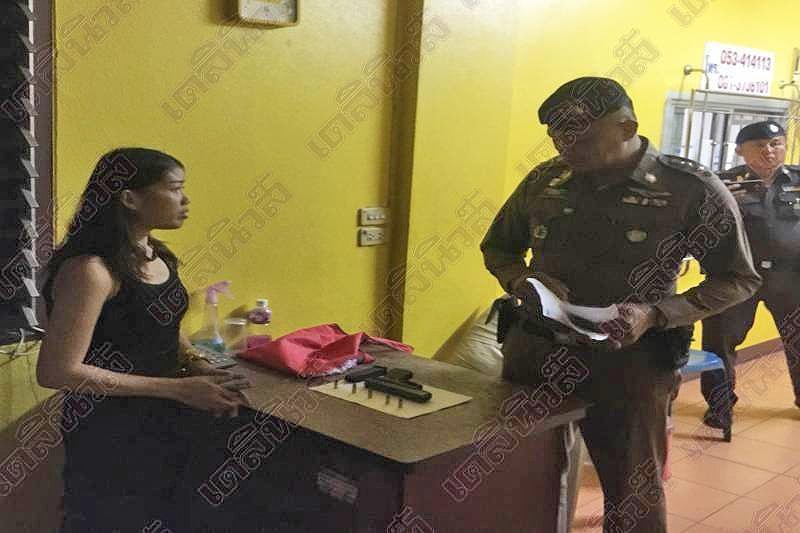 An Australian teacher, reportedly trying to get back together with his Thai girlfriend, has been shot in the stomach in the car park of a Chiang Mai apartment.

He had gone to invite his 39 year old girlfriend Suphasri out for Songkran. Chang Pheuak police were called to the car park of the apartment where they found the victim shot and Suphasri waiting with a 9mm gun in her hand. The bullet had exited the body of the victim.

Suphasri said that she had known the Australian for two years but after arguments they had split up. He had assaulted her, she said, and she had reported to police twice in recent months about alleged assaults as he tried to reunite with her against her wishes.

This time a serious fight broke out and she pulled out a gun and after firing two warning shots she shot him in the abdomen to defend herself, she told police.

She has been detained and police will be interviewing the Australian before deciding how to proceed in the case.