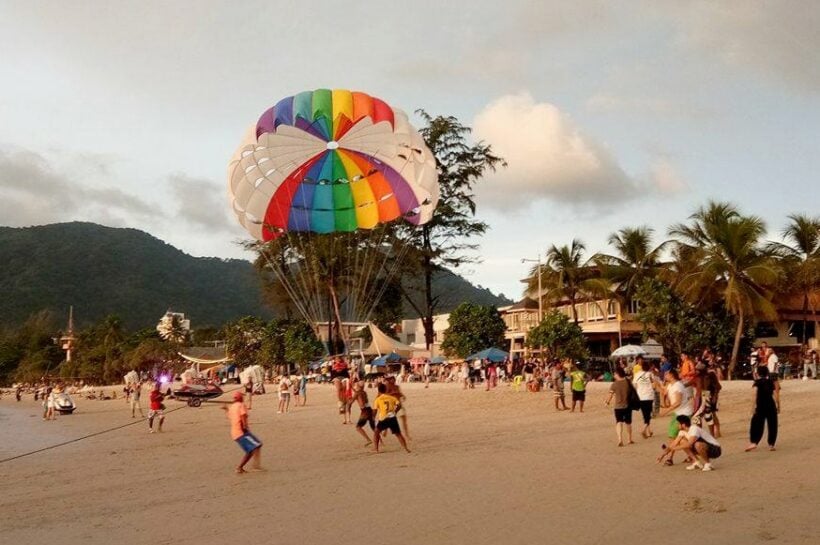 He injured his left hip. A team of Patong Lifeguard applied first aid before rushing him to Patong Hospital. After the X-ray, doctors revealed that he only ended up with a bruise from the fall. The parasailing operator took full responsibility for the hospital bill.

“We got a report from the operator that a tourist fell from the parasail ride before landing because saying it was windy and the parachute got hitched with pine tree’s branches about 4-5 metres high, making the parasail and the ‘pilot’ lose control and stability. The parachute collapsed on itself resulting in the man falling on the ground,” said one of the Patong lifeguards.