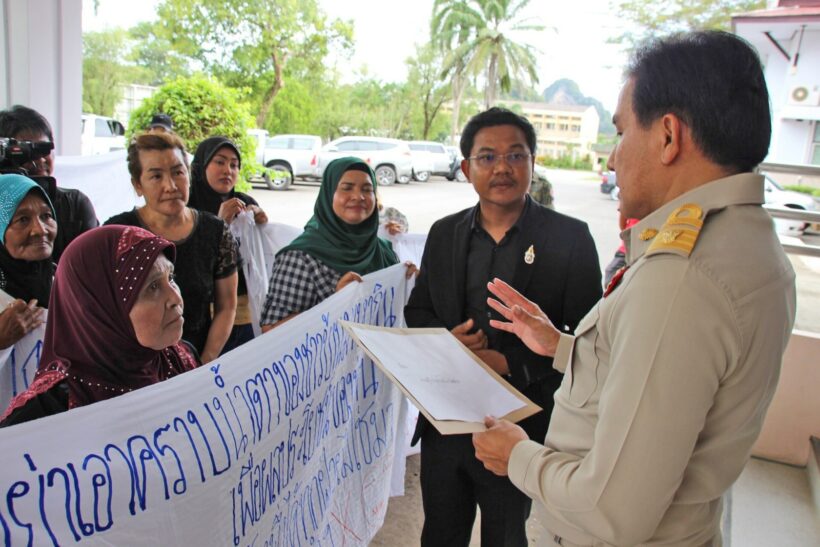 Today (September 19), 40 women from Baan Koh Raed village, led by the lawyer, Sanpetch Thipmontien, gathered in front of Phang Nga Provincial Hall calling for justice for the 11 men accused of gang rape, stating the suspects have not confessed to any charges.

The group filed their complaints to the Phang Nga Vice Governor, Ekkarat Leesen, while holding signs calling for justice.

9 of the 11 suspects have already been bailed while police have just collected the latest suspect, 53 year old Navig Jareug’s DNA sample before his relatives bailed him out with at least 460,000 Baht worth of estate.

The complaint says that the villagers would like to have justice. After the case went viral, the village has been perceived as a dangerous place. The reputation of the village has been destroyed. Also, the arrest warrants were issued before one-on-one questioning of the suspects. They say it is a hard time for them as they don’t have enough money to fight in the case as well as money for the bail.

“The information that went in the media earlier about the confession was not correct. I would like people to be fair with the suspects as the case hasn’t been judged. These accusations make the suspects and villagers very anxious,” said the lawyer.

Meanwhile, the Vice Governor, who is also the President of the Justice Foundation, has set a meeting after the two men arrested lately asked for money for bail from the Foundation. The decision hasn’t yet been made.

The police are also still working on gathering more evidence. More pictures of suspects will be identified by the victim soon. 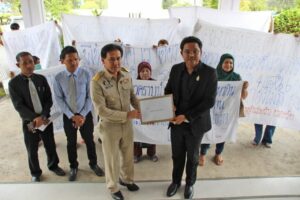 Review of ‘Thai-only’ jobs being proposed