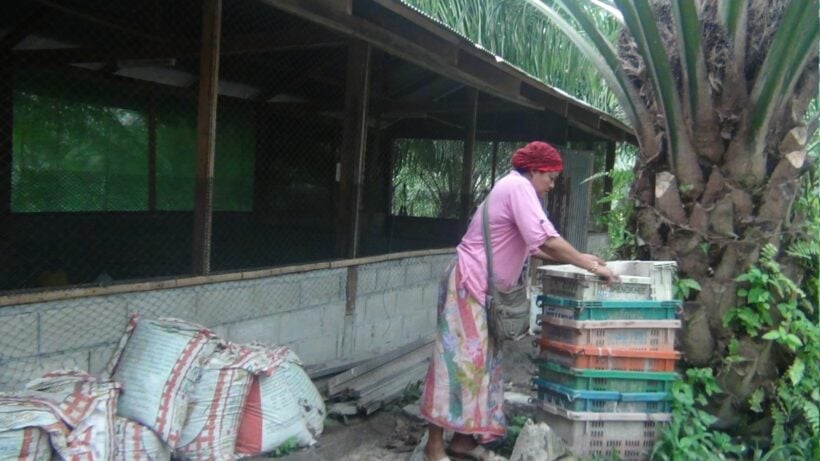 Krabi locals are scared of an epidemic after finding 6,000 chickens dead.

The villagers of Klong Kamao sub-district reported the incident to the Krabi Livestock Office before the officers were able to get rid of the remaining chickens that could possibly be infected. However, the cause of death of such a large amount of chickens hasn’t yet been ascertained, making locals anxious as some of them who own chickens have already been sick.

“I took 30 mixed species chickens from a chicken breeder club and I separated them from my previous group of chicken. After 2 weeks, the new group of chicken started to die, about 3-4 per day. Later, the officers from the Livestock Office took the remaining chickens in the new group away to be killed. However, they haven’t come to spray the coop,” said 47 year old Pramot Sanhad.

Meanwhile, speciality doctor Jullachat Jullapetch, from Krabi Livestock Office, says that the deaths of chickens were reported from August 22.

“Mainly they are mixed species that villagers bought without involving the local livestock office. The epidemic we found is Infectious Coryza, which needs to be eliminated as soon as possible.”

To compensate the farmers, the office intends to reimburse the villagers at 80 Baht per kilogram according to the guidelines of the Livestock Department. He has confirmed that the sickness that local people got has nothing to do with the poultry epidemic and officers will go and spray the farms to clean up any remaining problems. 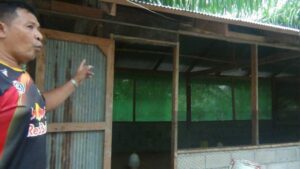