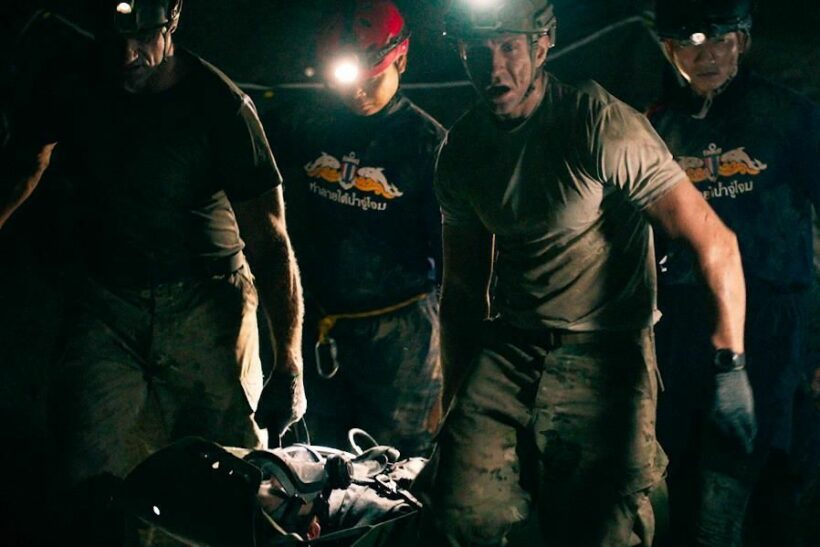 The Thaiger went to the first session of Tom Waller’s ‘The Cave’ and loved it. It’s frenetic, it’s very busy and it covers a lot of territory regarding the scope of the saga. But it also lacks focus, a lot of the actors play themselves with varying success and, well, we already know the (mostly) happy ending.

But the overall experience when leaving the cinema is of a satisfying portrayal of the dramatic international rescue and the many people that came together to make it happen.

There is SO much to cover from the entire, gripping two weeks during June and July last year. And trying to focus on any, one, story in the two hour running time means that a lot of other details would have to be left out. So the director tries to cram a little bit of everything so there’s not a lot of time to get involved in any of the main characters.

So where is the focus in the story? Who was the ‘star’? Was it the Governor of Chiang Rai province who we saw so often briefing the media? Was it the 23 year old assistant coach Ekkapol who carried a lot of the responsibility for the safety of his young players? Was it the divers who found the boys? Was it the Australian diver/doctors who came up with the risky evacuation plan? Was it the Navy Seal who lost his life whilst trying to rescue the 13 young men?

For any director this is always going to be a problem covering such a broad story of 100s of heroes and thousands of others, all providing help that eventuated in the successful rescue. Director Tom Waller decides to focus on the overseas divers that were brought in provide vital expertise and come up with an impossible plan to extricate the 13 young men. Specifically Jim Warny, a Belgian diver, based in Ireland. He plays himself in ‘The Cave’ and we follow his personal journey through the rescue. 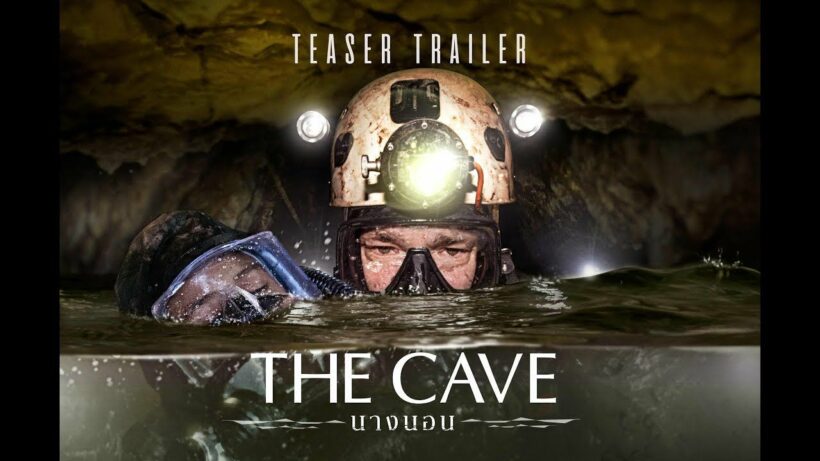 Most of the action is shot with hand-held cameras adding to the urgency. So sit at the back of the cinema, it gets a bit nauseous sitting in the middle of the cinema. There’s also a clever merge of original footage, recreated footage and the actual people involved in the rescue playing themselves. That you can’t really spot the real from the recreated is a nice bit of cinematic trickery.

The Thai authorities don’t come out very well in this telling of the tale but the local Thais, many playing themselves, will win your hearts as we’re reminded of their many unsung contributions to the rescue. The infamous Thai paperwork and bureaucracy, that is usually just annoying in daily life here in Thailand, becomes life-threatening during the real rescue. This ‘touchy’ subject is well covered as the drama unfolds.

Whilst the two weeks are crammed into two hours, you are on a constant ride of frustration, recollections and the happy moments when the 13 are all brought out of the Tham Luang cave alive, against the odds.

And then it ends, quite abruptly.

Having followed the story from Day One as a writer, I was immersed in the details for over two weeks last year. So there wasn’t many surprises in the movie.

Interestingly, the two Australian doctors who actually came up with, and implemented, the audacious plan to sedate the members of MuPa, making the extraction possible, were barely mentioned. The two men (who were awarded Australian of the Year 2018) ended up with a 20 second side story with an actor with a bad Aussie accent explaining to two of the other divers how to administer the Ketamine doses used to sedate the boys.

That was it. Many other details remained uncovered, including the huge tent city that rose up from the Tham Luang mud during the two weeks to house the enormous international media interest, complete with a pop-up curry kitchen provided by the locals.

But go and see it. It’s the first of many productions currently underway. The next one will be the Netflix documentary series which includes interviews with all the main players, including the 13 young men. 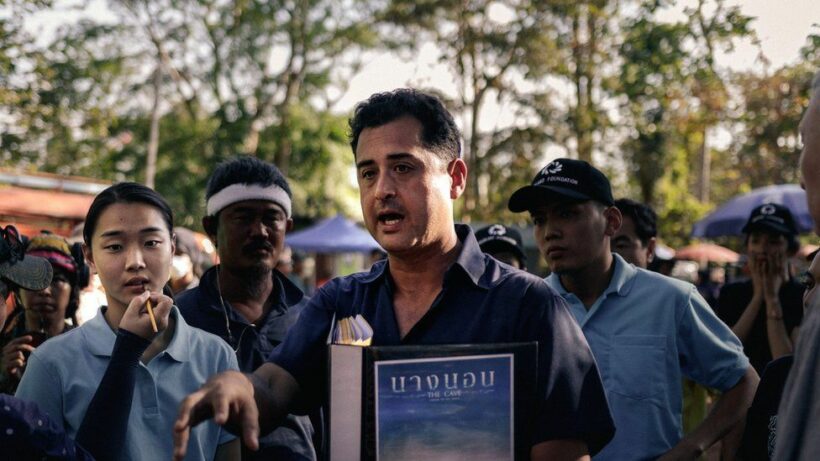 Director, Irish-Thai Tom Waller, during filming of ‘The Cave’

It certainly makes me want to jump in a plane and go and visit the Tham Luang caves… when it’s not raining!

‘The Cave’ is on major theatrical release now around Thailand, in English with Thai sub-titles. Here’s a list of the main cast… 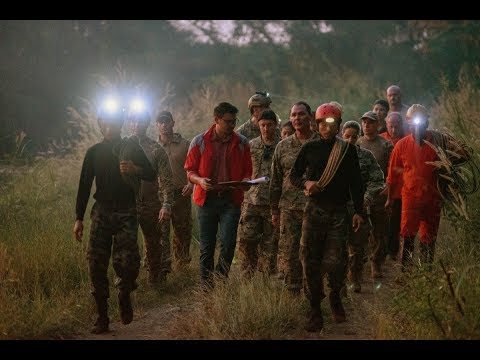