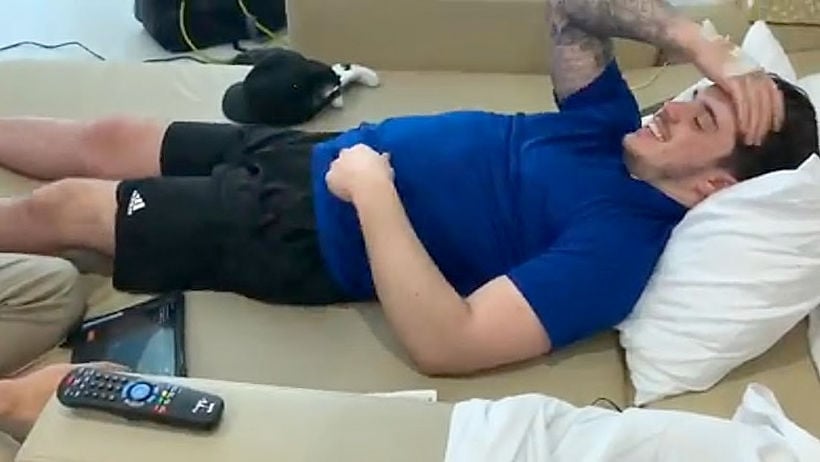 A Canadian hockey player paralyzed in a tragic bus crash has begun moving his legs after receiving experimental spinal surgery in Thailand. Ryan Straschnitzki was one of 13 injured when a truck ran a stop sign and collided with the Humboldt Broncos junior hockey team’s bus in Saskatchewan in 2018. Sixteen others died in the incident.

Straschnitzki was paralyzed from the chest down.

Doctors in Thailand implanted a stimulator in Straschnitzki’s spine hoping to restore some movement in his legs. The experimental implant sends electrical currents to the spinal cord to stimulate nerves and move his limbs. It can be programmed to stimulate certain nerves mapped out by surgeons and therapists.

In a video shared by his family, Straschnitzki is seen lying on his back while doctors help him after the surgery.

“Therapist is only holding his leg. Ryan is moving it. Then Ryan asks if he can go work out at the mall gym after. The stunned therapist said NO. You just had surgery. Seriously, son. Ha ha.”

Straschnitzki is expected to remain in Thailand until December. He’s said he wants to make Canada’s Paralympics team and compete for Canada’s national sledge hockey team. 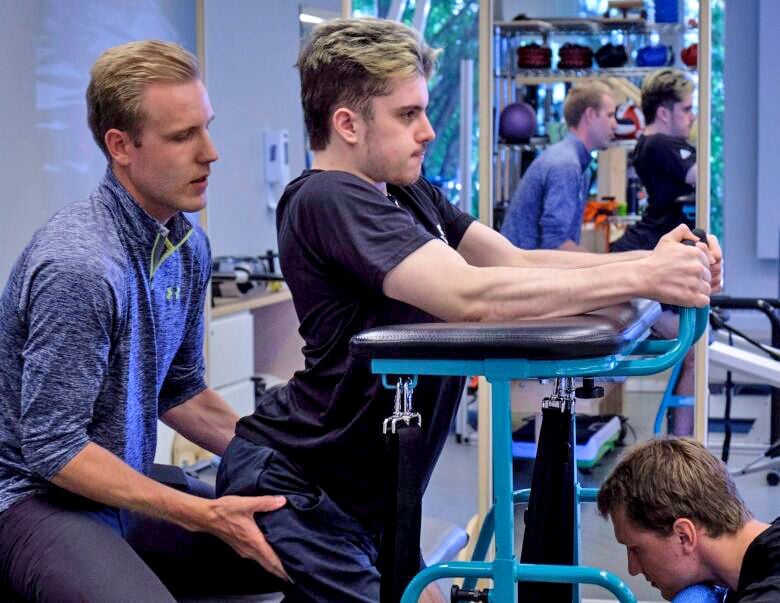