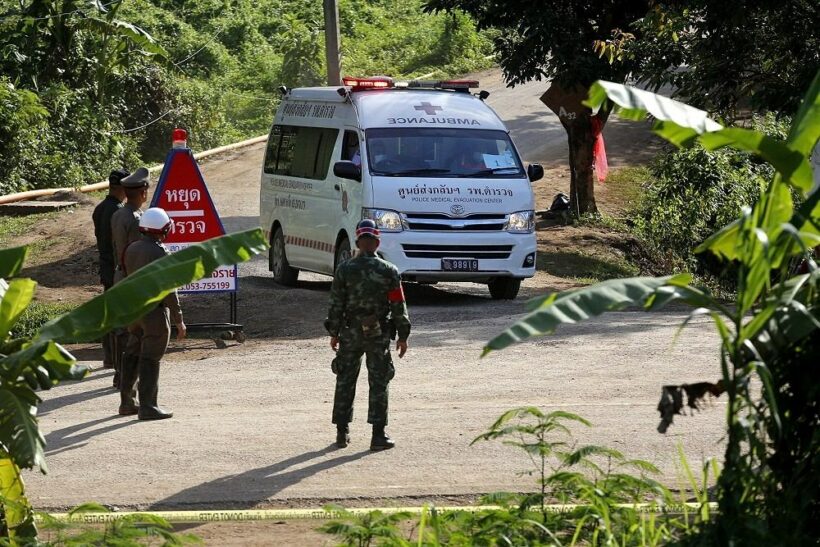 The eight members of the Mu Pa Academy football club, already rescued from the Tham Luang Cave in the past two days, are in good health mentally and physically. But attending doctors say all had high white blood cell counts and two initially showed indications of pneumonia.

Senior health officials briefed reporters at Chiang Rai Prachanukroh Hospital this morning, saying the group would remain under observation at the hospital for at least one week.

“All eight are in good health – no fevers as of this morning. They showed no signs of problems from their long dive to safety,” said Public Health Permanent Secretary Dr Jessada Chokdamrongsuk.

Doctors say that all of them had shed a kilogram or two while trapped in the cave but were now able to get out of their hospital beds and walk around.

“They’ve received medication to stabilise their white blood cell count, which had risen due to lack of food and being in a cold, damp environment.”

The first four footballers brought out, aged 14-16, were taking Vitamin B1 and have now taken off the sunglasses they were given to wear full-time to protect their vision after the long period in darkness.

The four who came out later, ages 12-14, were still wearing their sunglasses.

Doctors say the boys said they’d seen no bats or other animals inside the cave, but doctors would keep watching for any indications of infectious disease. Samples had been sent for lab tests in Bangkok and the results should come out in two days.

“They are also in good mental health, able to talk and appearing cheerful. Some even joked with the PM Prayut Chan-o-cha when he visited them last night,” Jessada said.

Jessada told reporters the families of the first four boys rescued were also allowed to see them on Monday night, though only through a window.

“If tests turn up no signs of infectious disease, we’ll allow their families inside to talk to them, but they’ll have to wear protective suits and stay two metres away.”

All of the eight are going to chat on the phone with their families later today.

Asked what the first thing boys said was, Jessada said, “They were thankful and happy to be rescued and wanted to go home.”

Since being found in the cave, the boys were fed power gels and soft food to build their strength gradually. As of Tuesday morning, they were able to eat normal but mild-tasting food.

“They seem to be hungry often.” (Sound like typical teenage boys!) 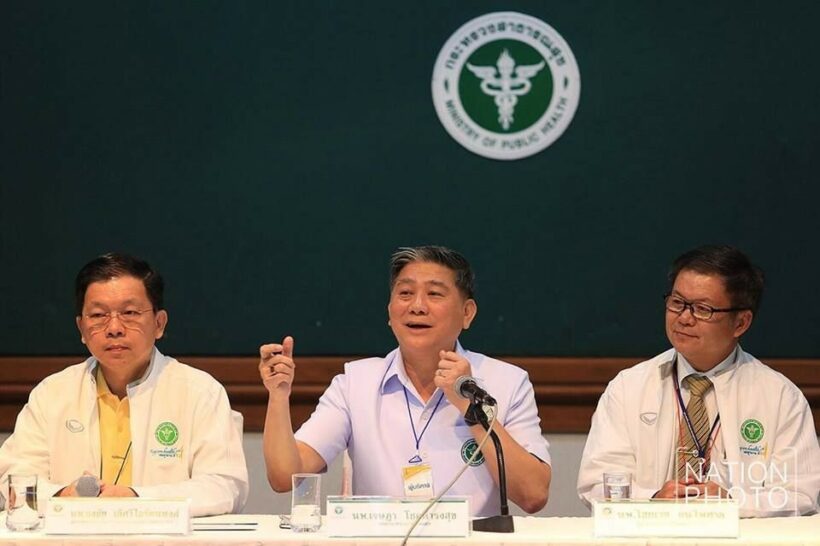 Chiang Rai: Final five OUT of the Tham Luang caves