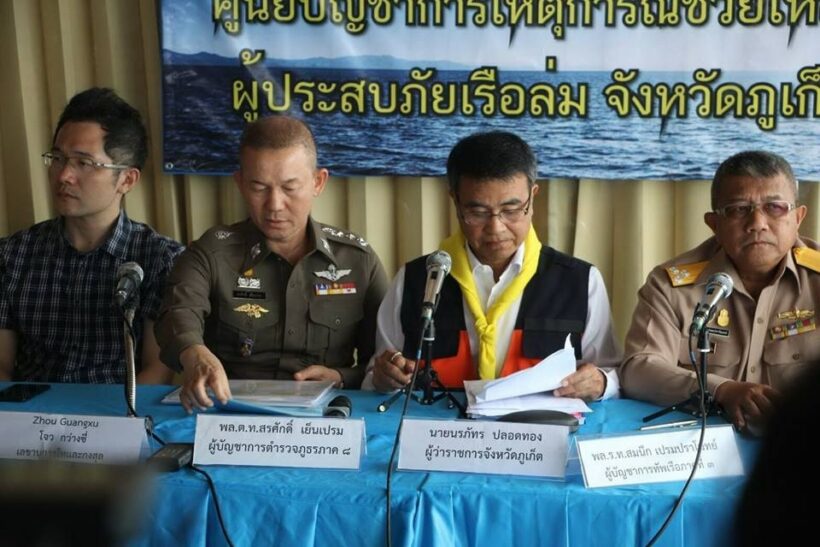 The Chinese boat manager of the ‘Serenata’ is now facing charges in addition to the captain of the ‘Phoenix, which also sunk, who is now in custody. A Russian jet-ski driver has also been charged. This is all in the wake of last Thursday’s ‘freak’ storm which hit the Andaman coast.

The captains of the two boats, ‘Phoenix’ and ‘Serenata’, that sank off Phuket last Thursday early evening (July 5), have been charged.

“The Chinese boat manager of the ‘Serenata’ has also been charged with ‘committing an act of negligence causing bodily and mental harm’. He has been sent to Immigration Police for further processing in relation to his current visa standing.”

“A Russian jet-ski driver has also been charged with committing an act of negligence. He was fined 1,000 Baht. His friend who has minor injuries is already back home. The jet ski was also reported missing following the storm last Thursday but was later found with its driver and passenger.”

“Police are continuing to question about 50 witnesses. We will be taking legal action against anyone, or any company, who has been found committing illegal acts in relation to this tragic incident.”

Boat tragedy suspected to be involved with zero-dollar tour company