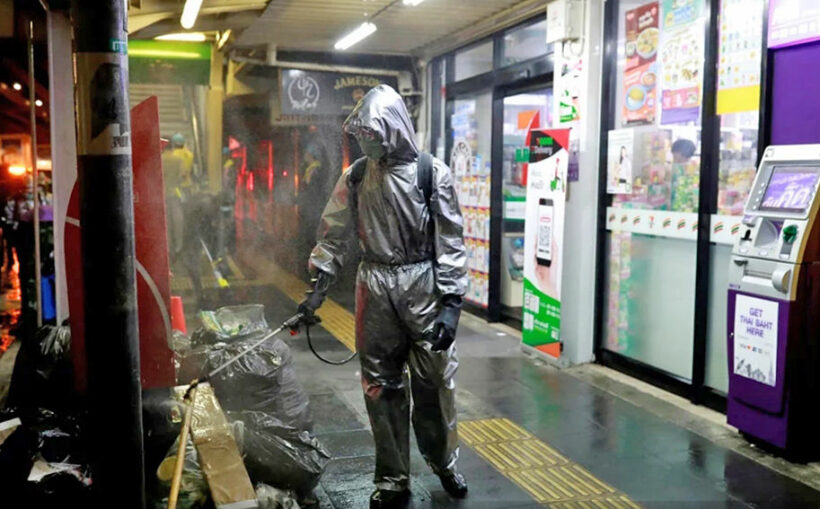 The Thai Health Department reported 89 new Covid-19 cases on Saturday, two of which are in Chiang Rai Province. (188 new cases were reported today, Sunday, bringing Thailand’s total to 599.) Both Chiang Rai patients are being treated in hospital and have provided medical authorities with lists of those they have been in contact with. Chiang Rai health officials have placed those people under 14 day quarantine.

Health officials say 32 people in Greater Bangkok and surrounding provinces contracted the virus from people infected during a boxing match at Lumphini stadium, while 6 cases were linked to a mosque in Malaysia and were reported in the southern provinces of Pattani, Narathiwat and Yala.

Of the accumulated total of 599 confirmed cases, 42 have fully recovered, while 557 remain in hospital. One man has died from complications related to the virus.

The health department says recent new cases are mainly young people who socialised normally and did not adopt social distancing. They urge people to stay one metre away from others (most international medical authorities say 2 metres), skip social activities and nonessential travel, avoid crowded areas, work at home if possible and frequently sanitise their hands and surroundings .

Health officials also advise people who have been in high risk places such as boxing stadiums, entertainment venues; cockfighting rings, cinemas and theaters to self-isolate for 14 days.

“If they have no symptoms – fever, coughing, sore throat, runny nose, muscle pains – they need not be tested.”